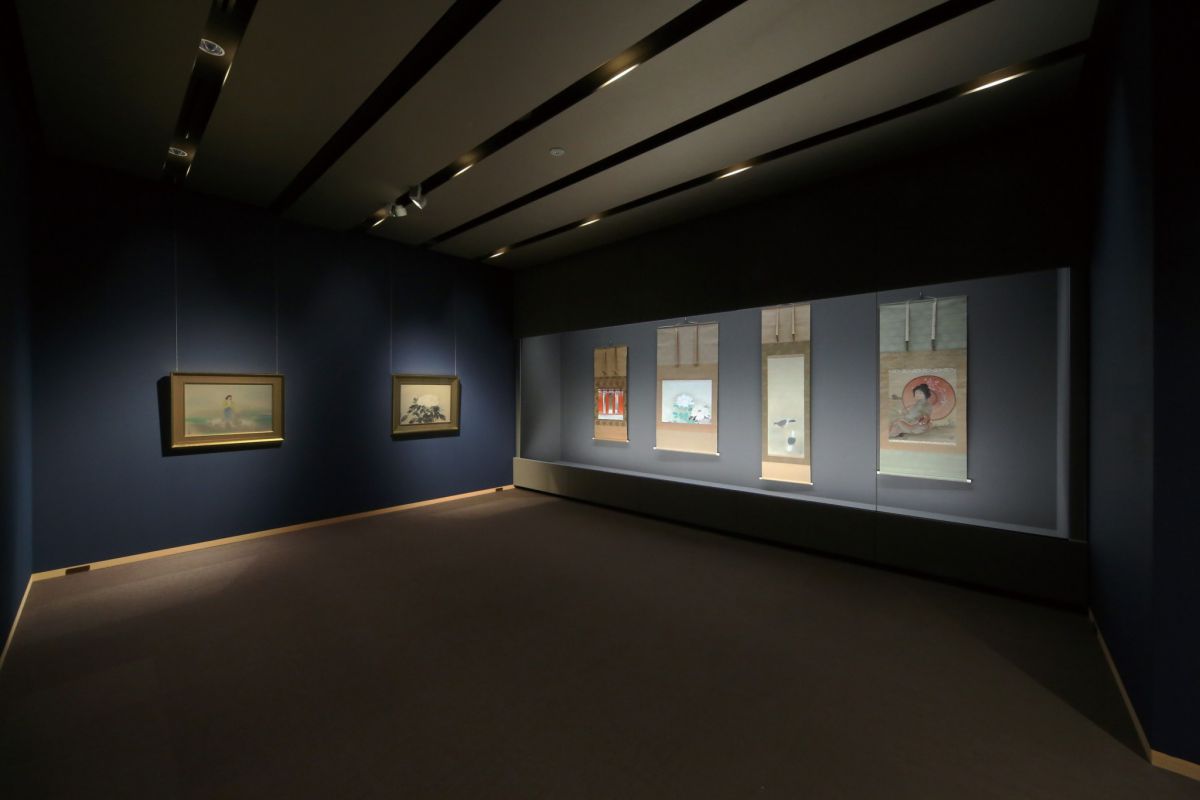 The Kobayashi Kokei Memorial Museum of Art shared a facility with the Joetsu City General Museum and opened in 2002, but it re-opened as a separate facility in April 2005. By viewing both facilities you can gain a deeper appreciation of Kobayashi’s character and his works. The diverse collection of Kobayashi’s items consists of about 1,300 pieces including sketches, pictures and reprints which comprise his early works. There are approximately 1,100 items, some of which were collected by Joetsu City and some that were donated by citizens. An additional 250 items are Kobayashi’s rough sketches and were donated by the Kobayashi Kokei Works Preservation Society. Also included were works that received the Order of Cultural Merit.
Kobayashi's residence was originally located in Minami Umagome, Ota Ward, Tokyo, but was later moved to its present location in Takada Park. The main building was moved in its entirety but the art studio is a replica of the original that was in Tokyo. Both buildings were designed by Isoya Yoshida in 1934 at Kobayashi's request. The buildings were constructed by Jinzo Okamura, a carpenter trained in the construction of temples and shrines. The three men consulting with one another resulted in a sukiya-style building with modern touches and it was designated as a national tangible cultural asset in 2005.