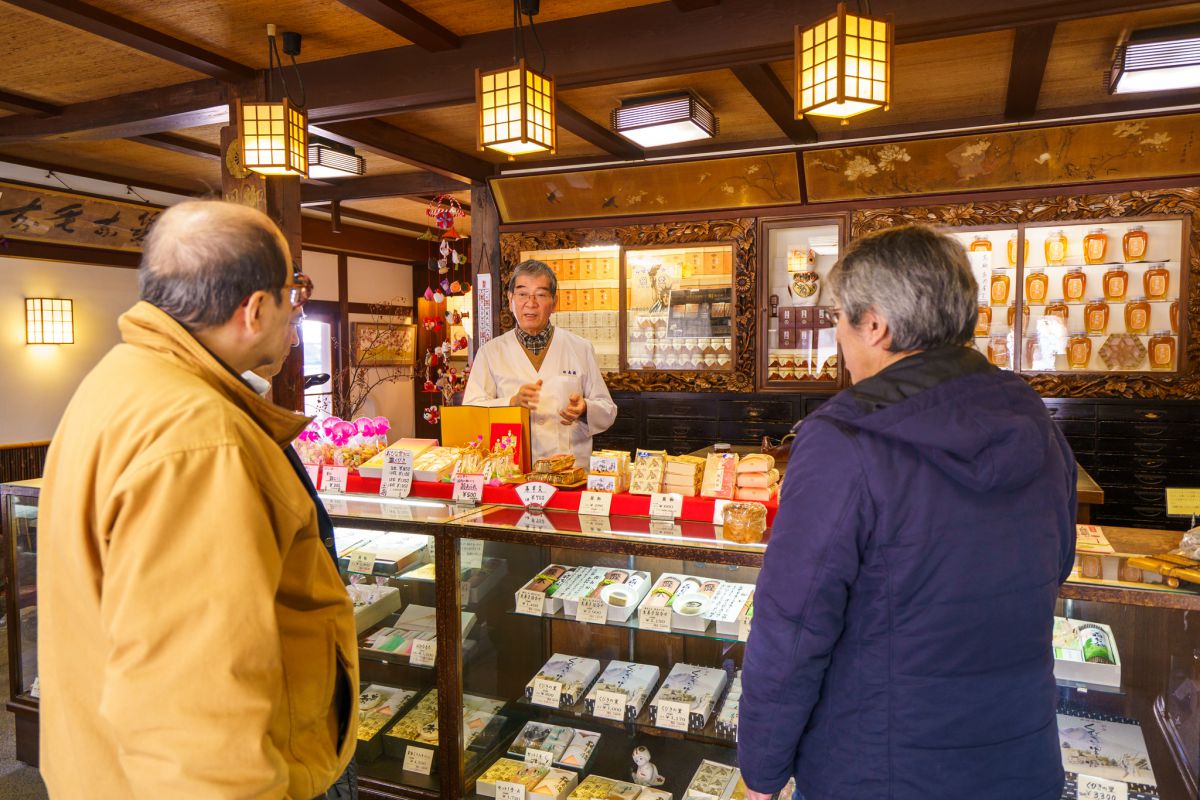 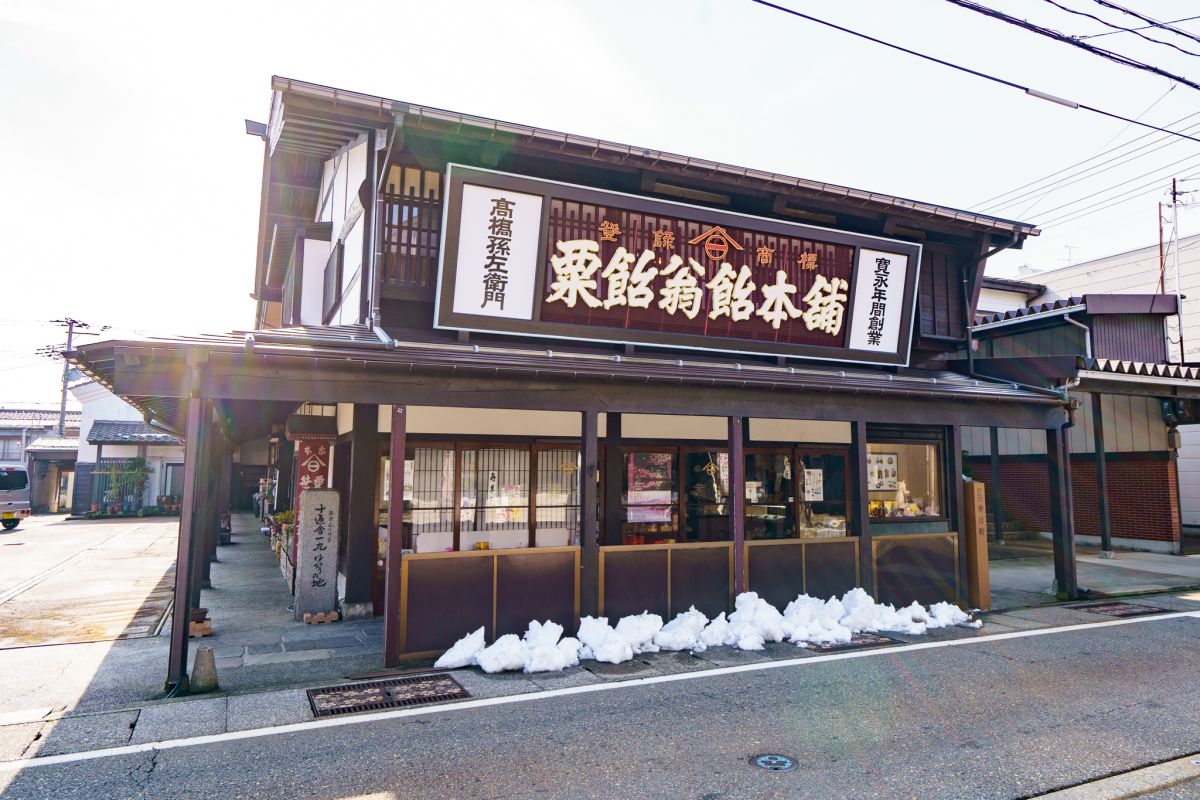 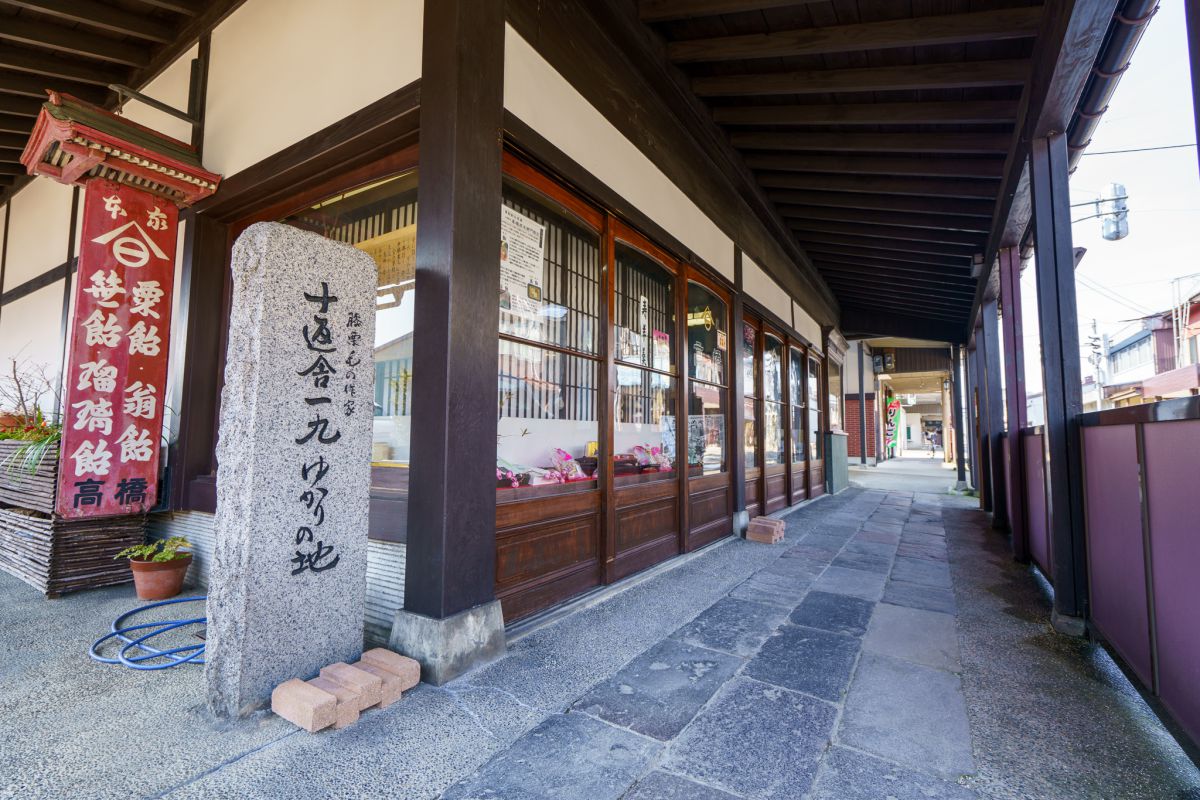 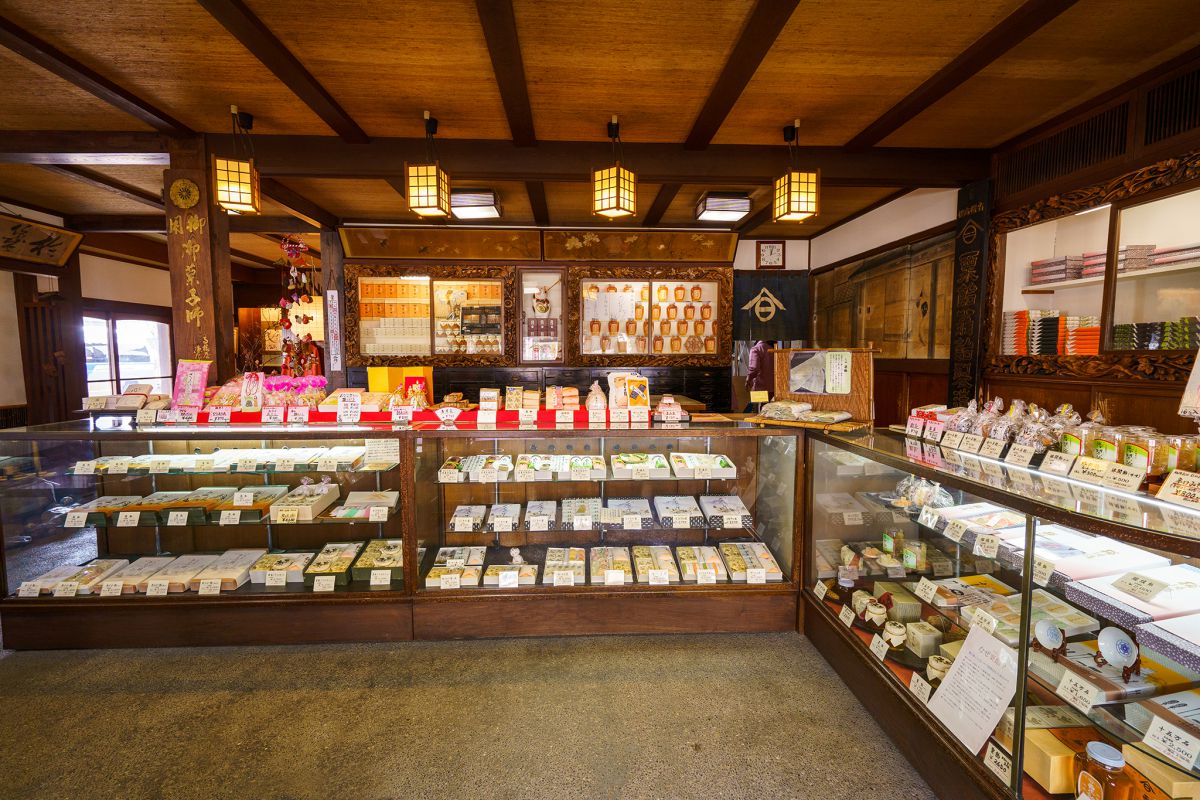 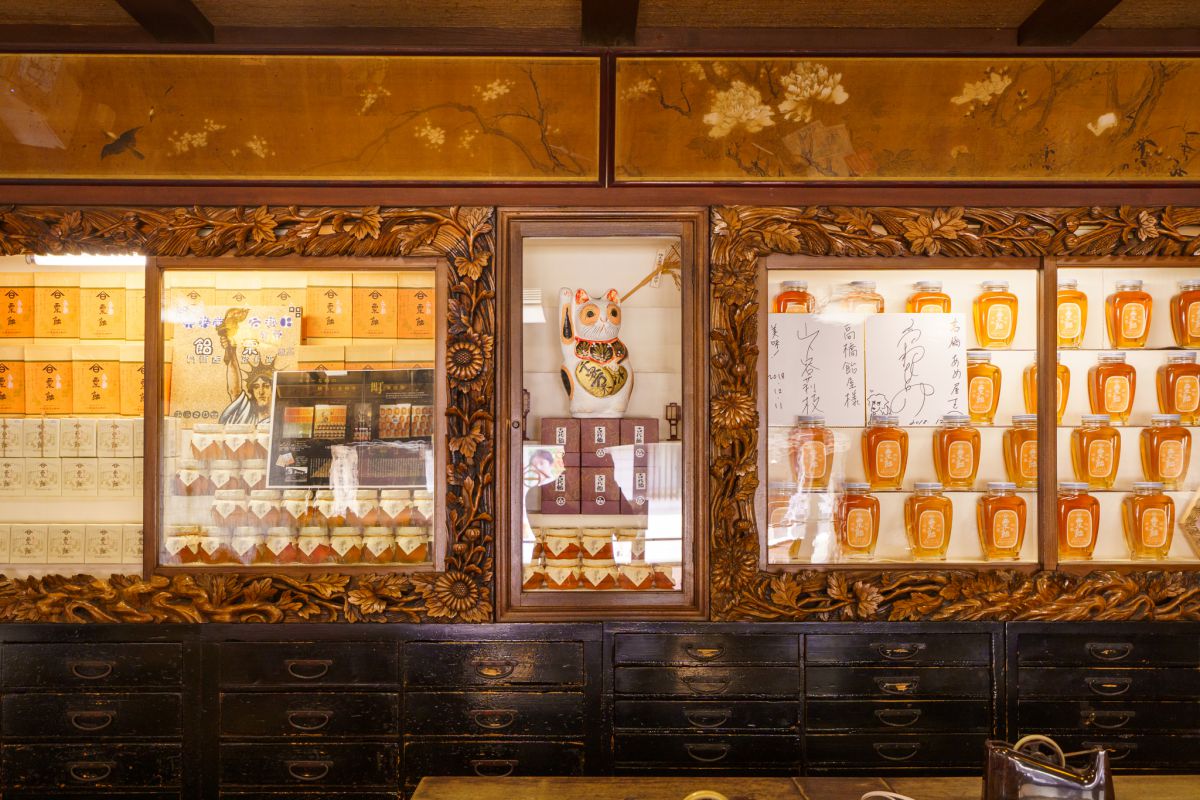 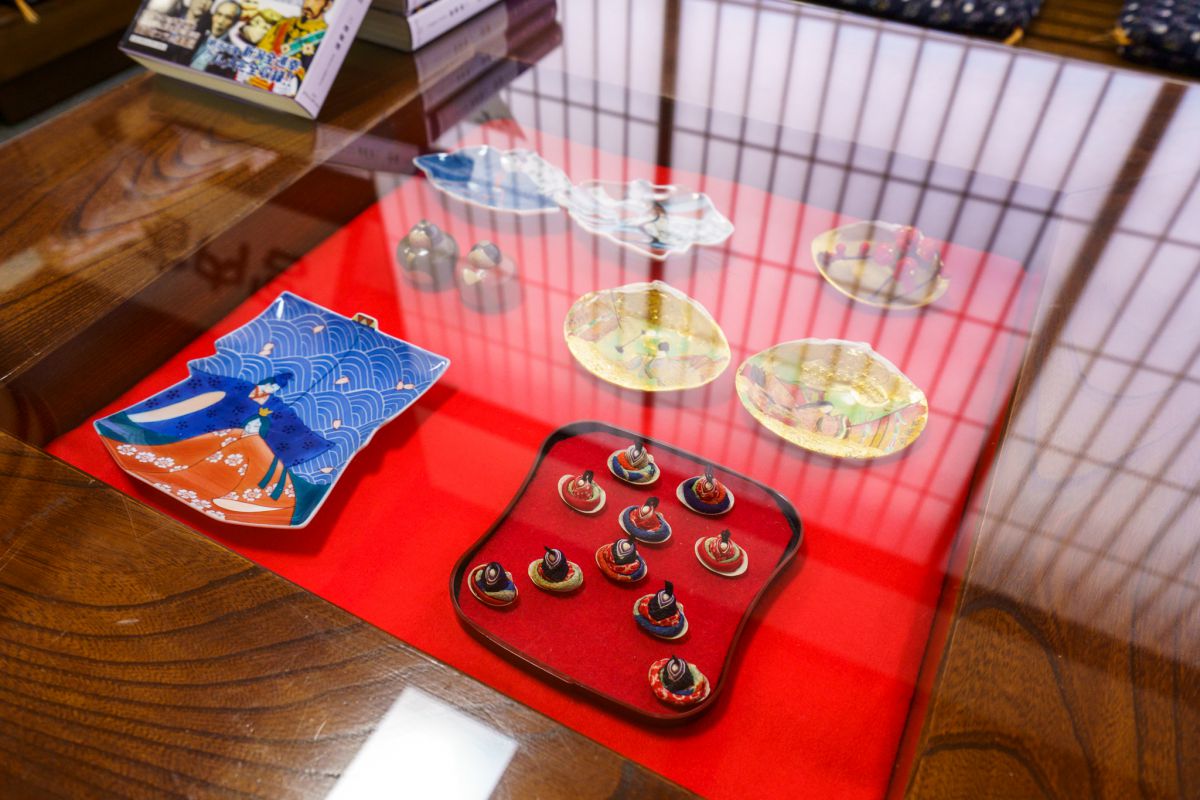 This "candy shop" has been in business for some 390 years, since the Edo era, founded in the first year of Kanaga (1624).
This shop has been producing and selling traditional syrup candies and bamboo candies from its location on the northern country town road, and is the oldest such candy shop in Japan.
Syrup "mizuame" and candies made with agar gelatin from this shop were given by the master of Takada Castle as gifts during diplomatic missions.
It is said that the candy's unique texture and long-lasting freshness spread via Edo (presently Tokyo) throughout the country.
The famous author and playwrite Jippensha Iku, who wrote the famous comic novel "Tokaido Chuuhiza Kurige" is said to have visited here.
In his work, Echigo Dochuki ・Kaneno Waraji ("Echigo Travel Jounal: the Golden Sandals"), awa-ame candies and the shop as is was in those days is introduced.
This shop also features its famous sasa-ame ("bamboo candy") which appears in Natsume Souseki's novel "Bocchan."