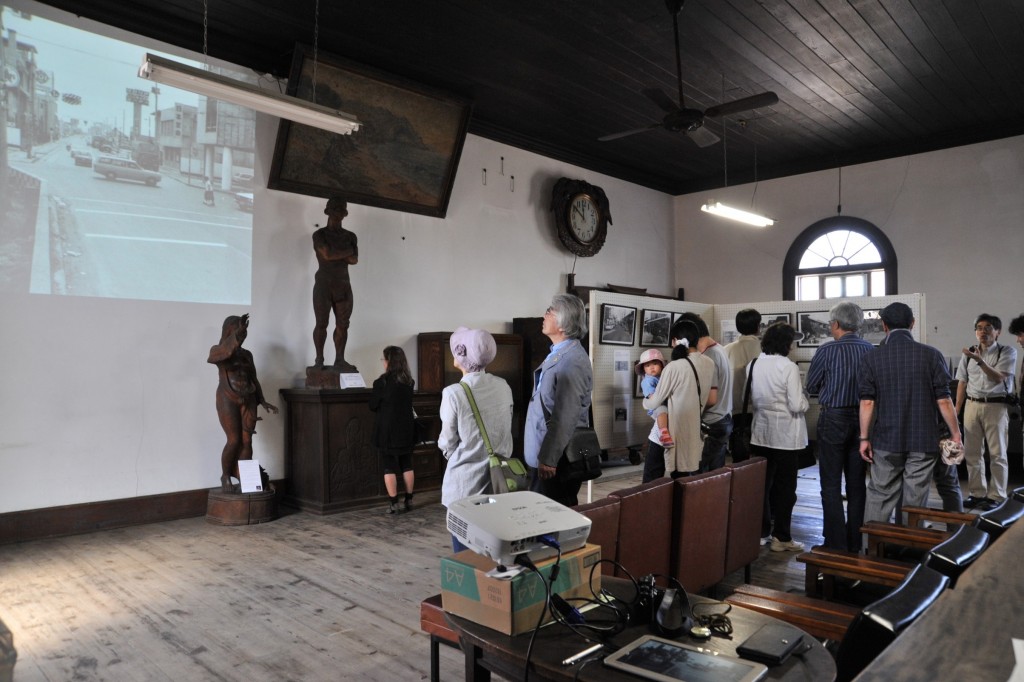 In September of 1888, this former Bank of Naoetsu was established as a savings institution under the name of "Naoetsu Sekijin Kinkou," with capital of 100,000 yen.
The bank buildings were purchased from the head of a shipping business, Yamazawa Yorozaru (the former foreign minister Yoshizawa Kenkichi's father), in about Taisho Era 7 (1918). The buildings were later moved to the present address of Chuo 3-chome, where it operated until recently.
The appearance of the remaining building is an irregular pentagon featuring three small roofs with white tiles on the outer walls. There is a large firewall surrounding of red bricks surrounding the buildings, within which is the large safe in use at the time, a wooden counter, and a German-made ceiling fan and a wall clock left as they were years ago.
Finally, in front of the building stands a powerful lion statue, which at the request of Takahashi Tatsuta was produced by Ogawa Yuhiro of Kashiwazaki City, as a replica of the lion statue in front of Tokyo Mitsukoshi department store.