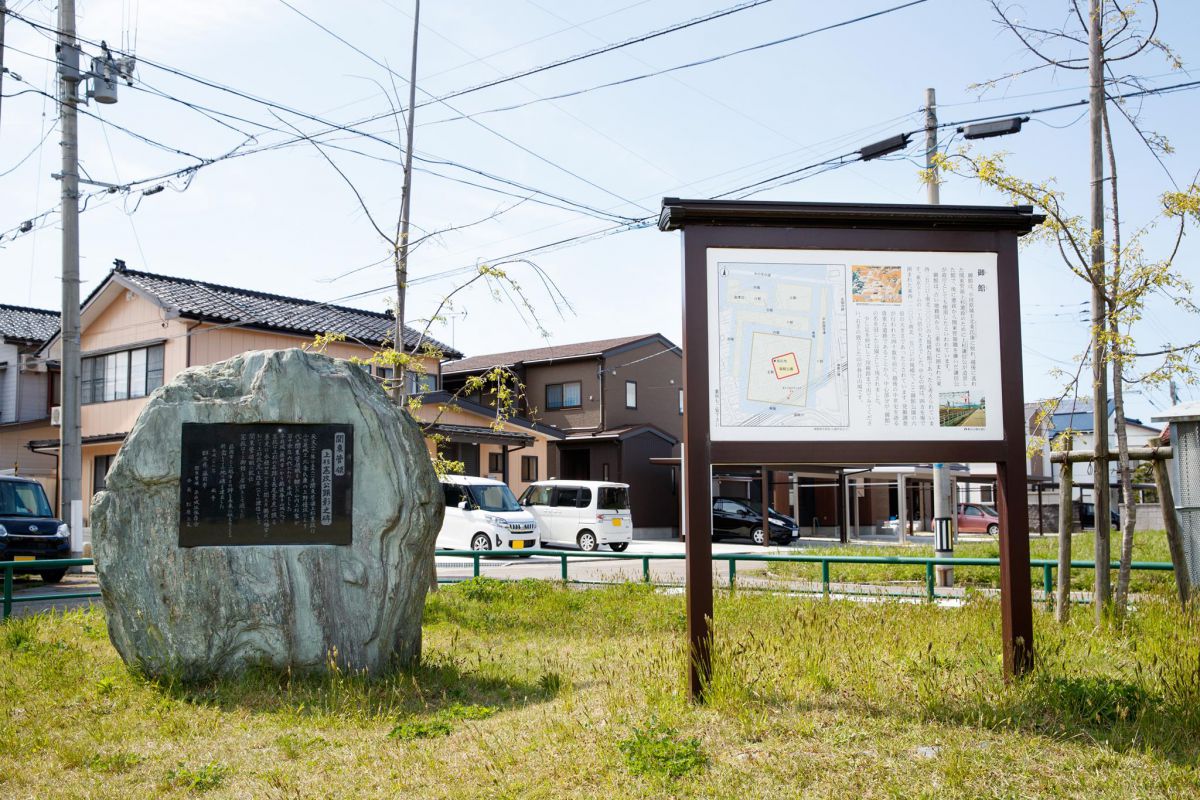 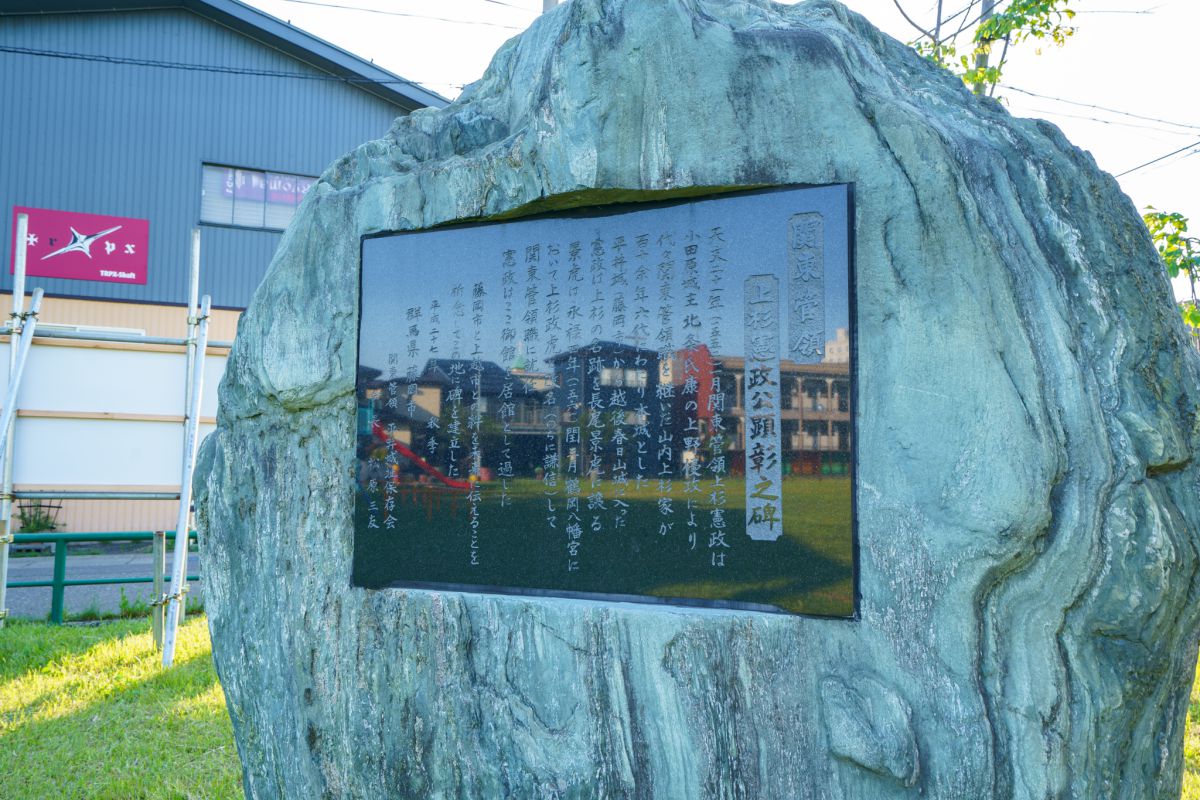 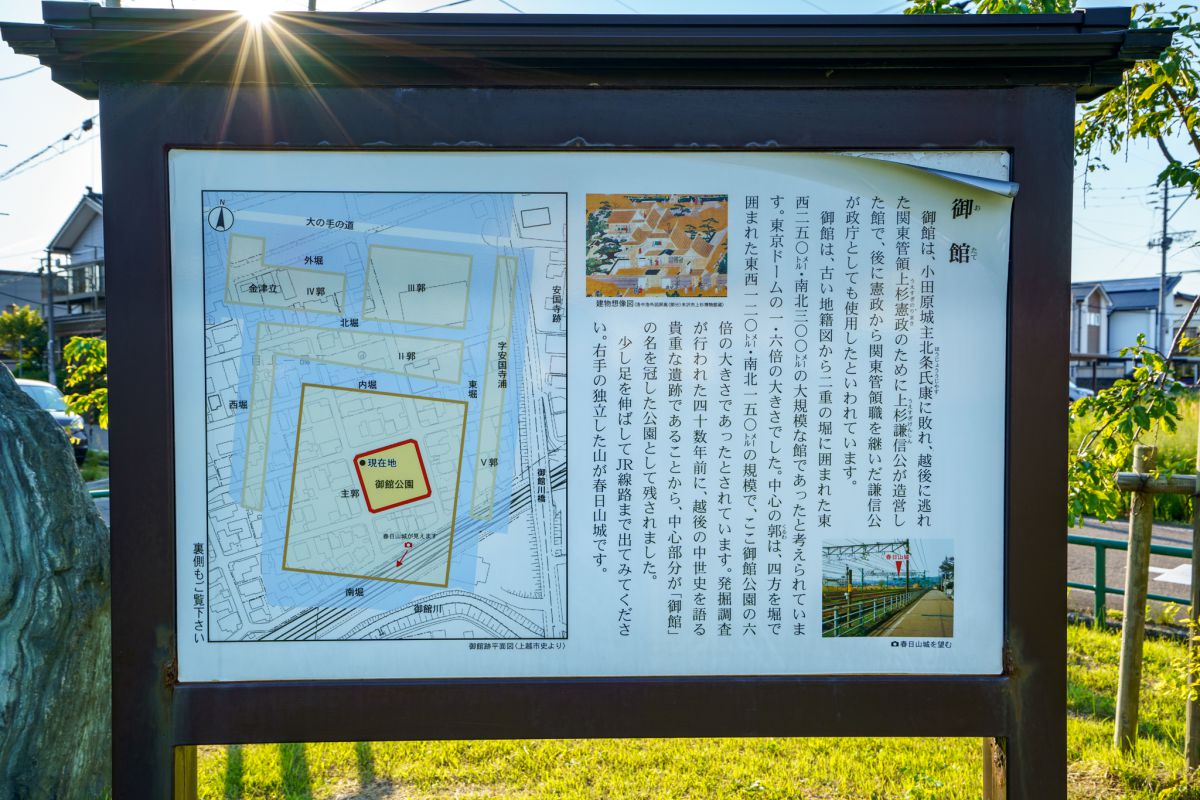 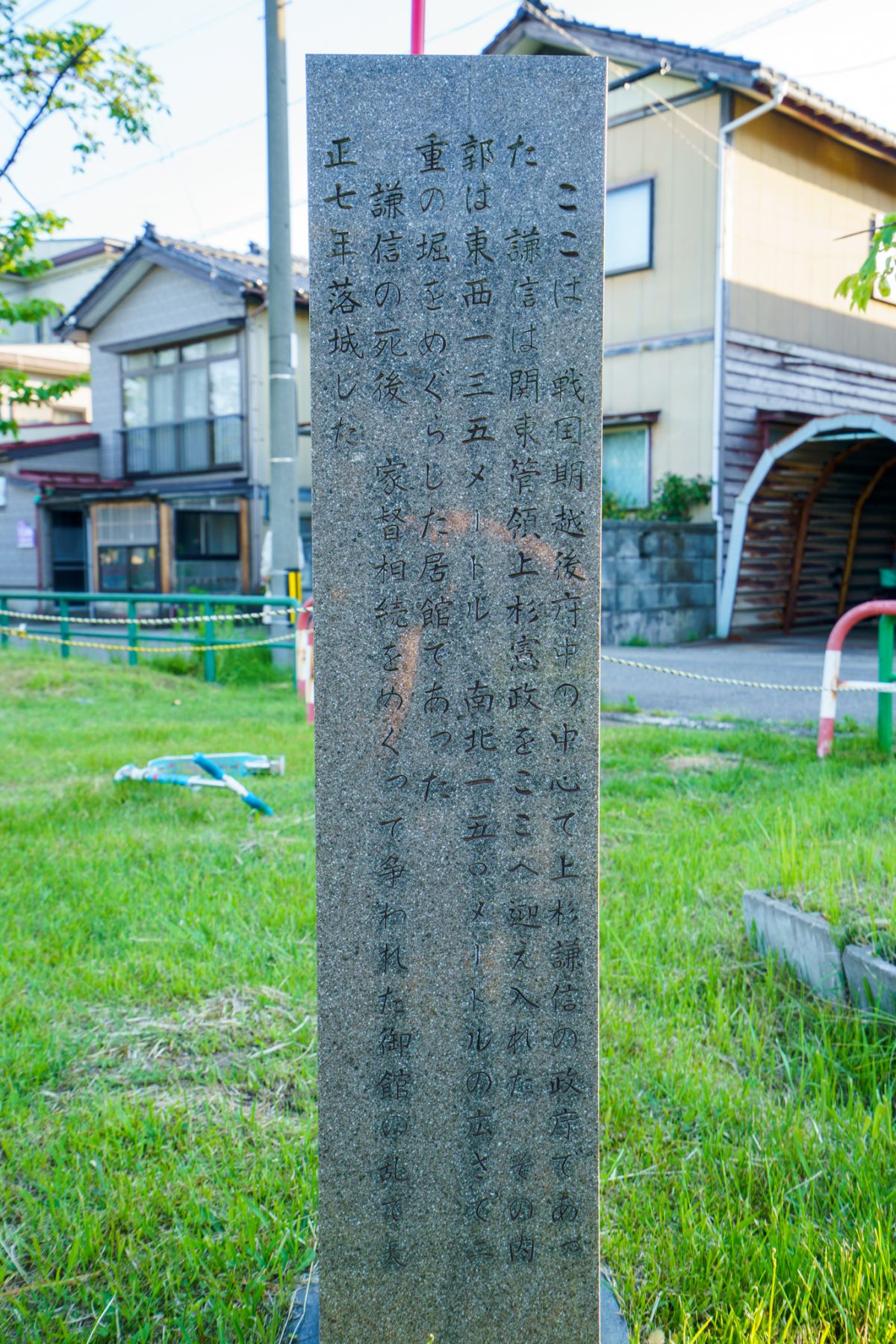 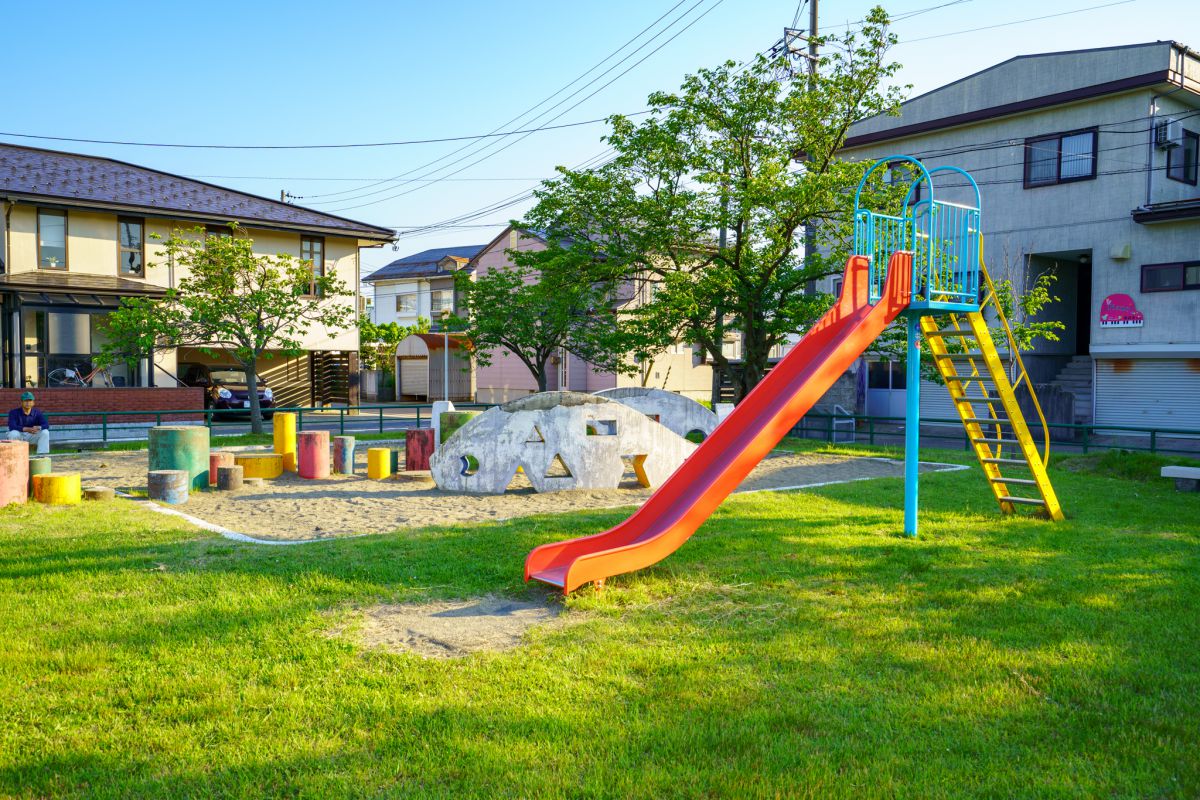 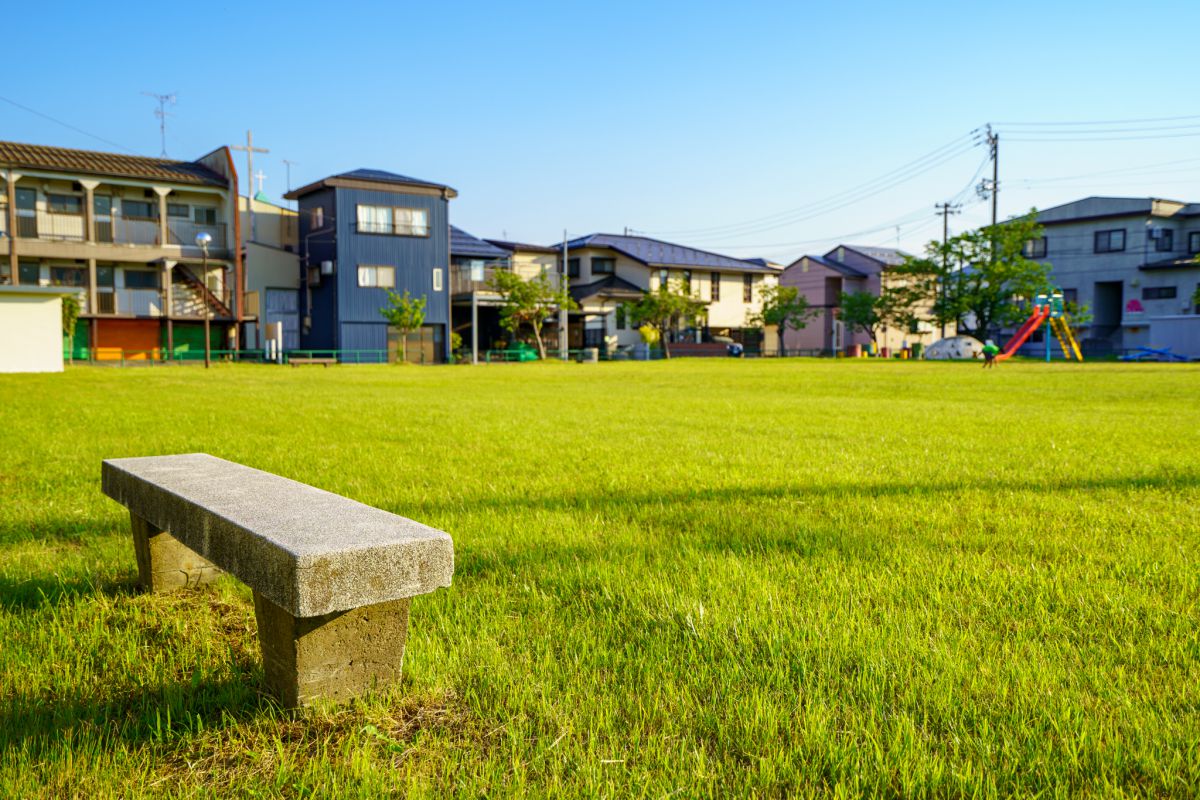 Kanto Kanryo palace was built by Uesugi Kenshin for Uesugi Norimasa, the Kanto Kanryo. It was located near Kasugayama castle, and Kenshin also used the building as a government office afterwards. This place is also known as the place where the 'Otate no Ran successor dispute' occurred between Uesugi Kagekatsu and Uesugi Kagetora after Uesugi Kenshin passed away.