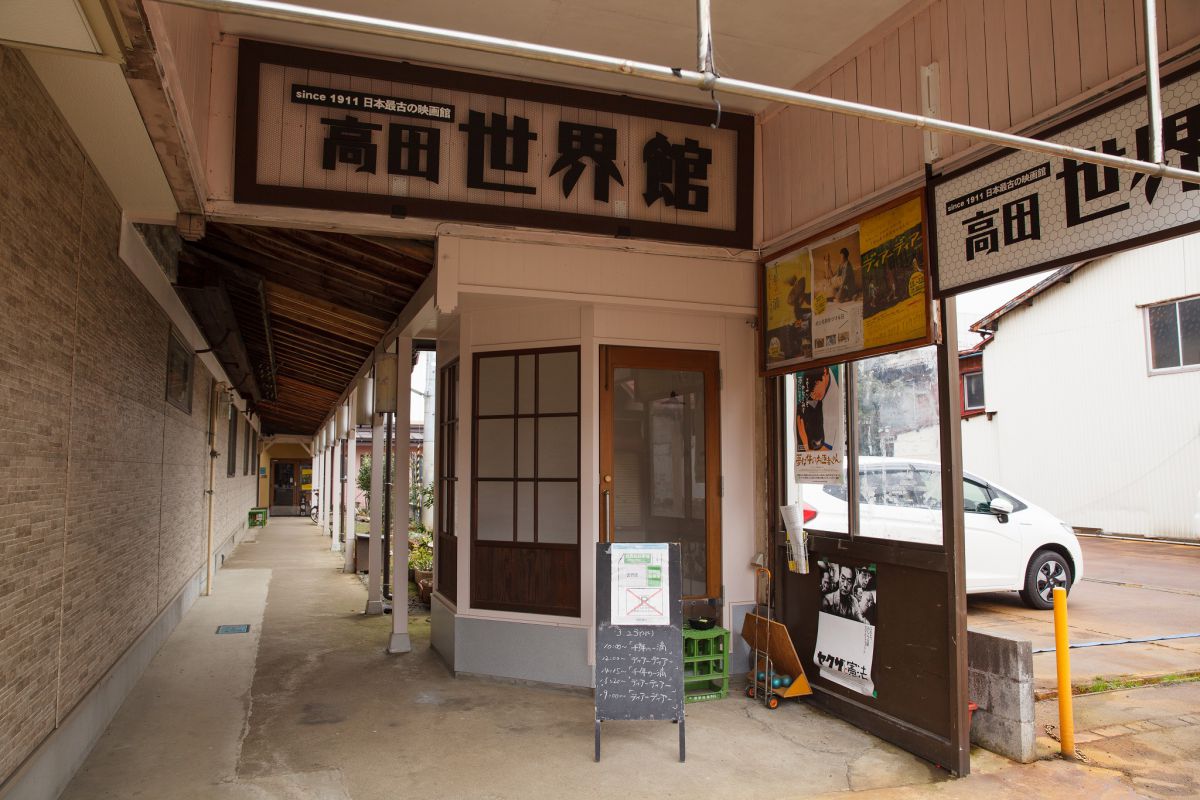 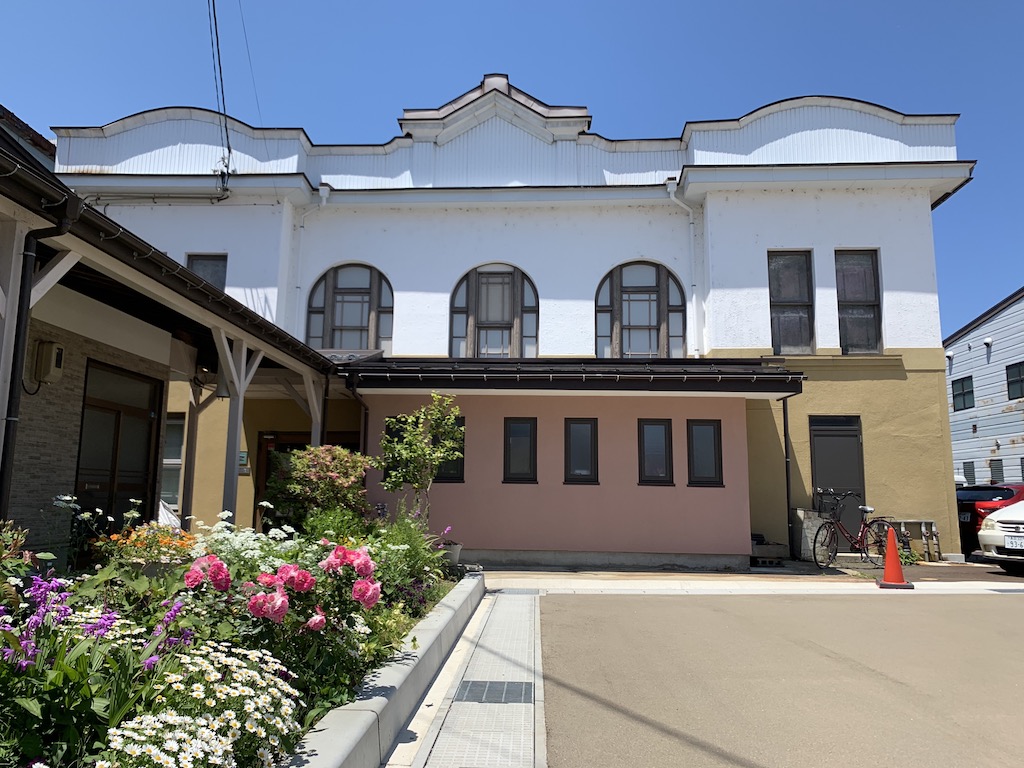 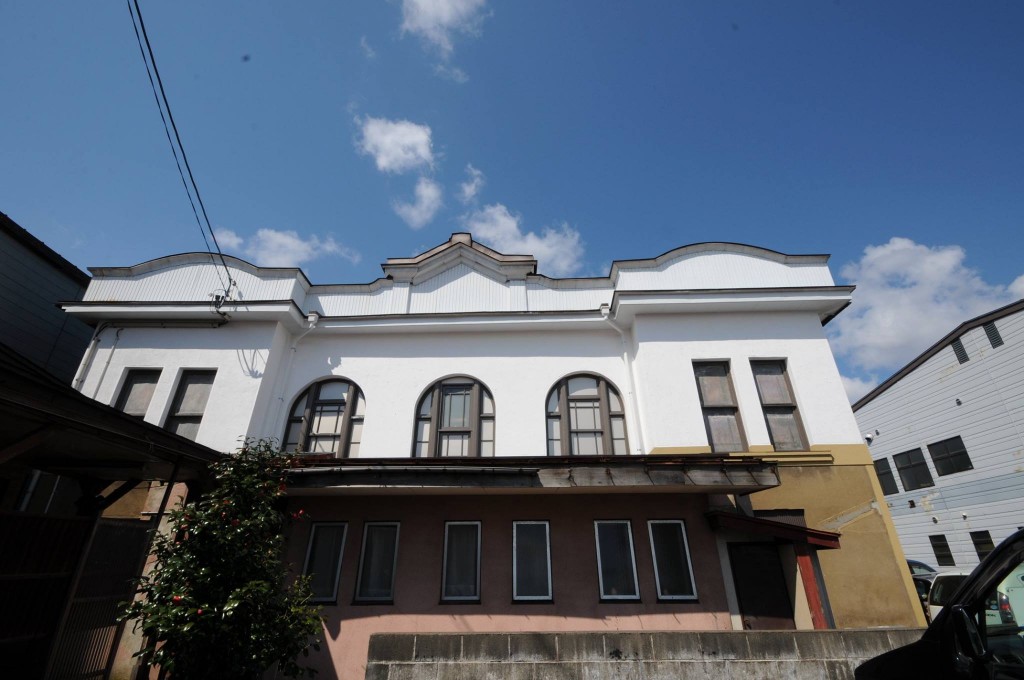 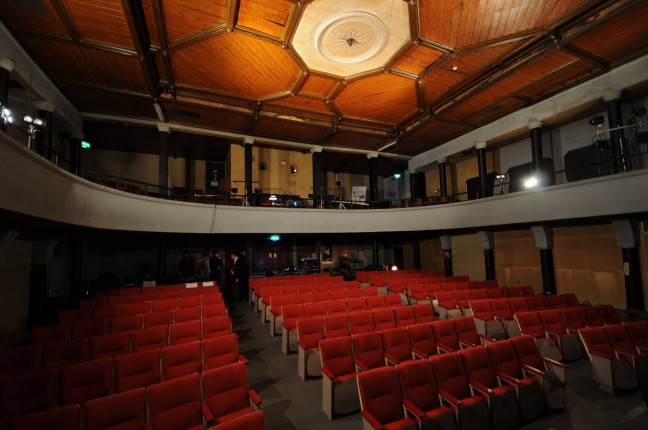 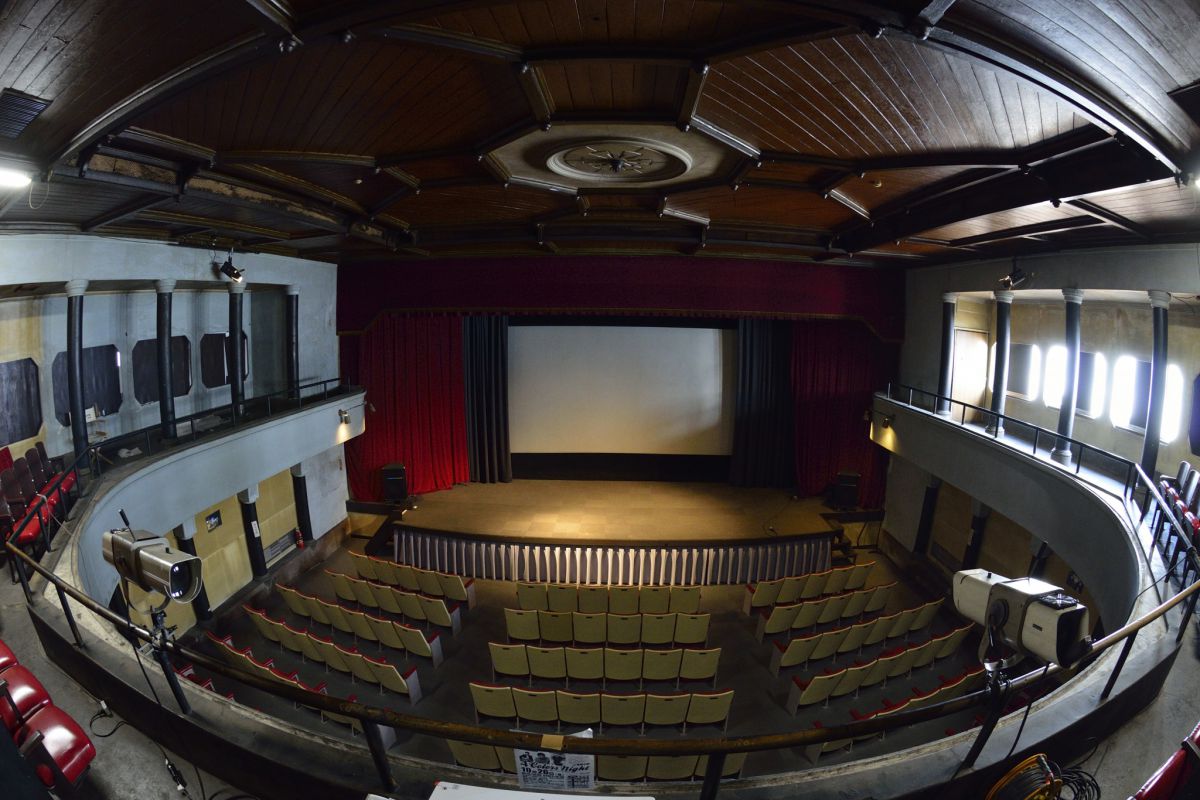 In Meiji 44 (1911), this theater was opened as the playhouse "Takadaza," in the old city of Takada at Honcho 6 chome (the present address).
After a few years, it was turned into a movie theater, and after 100 years, remains one of the oldest running movie theaters in Japan.
Visitors can feel the nostalgic craftsmanship in the building itself. Aside from designated important cultural properties, features such as the masterpiece wooden ceiling in the main hall cannot otherwise be found in Japan. The projection room also is un-retouched and just as it was in the old days.
As film projection shifted from actual film to digital video, film projectors disappeared around the country. In the belief that film projection is an art that should be passed down to new generations, film projected screenings are held several times a year. Furthermore, to preserve this skill, film projection seminars and tours of the projection room are also held.
Sekai-kan theater is also registered in Japan as a tangible cultural property as well as a modern industrial heritage site. It is a valuable site for the cultural heritage of film in Japan, gaining the attention of movie afficianados throughout the country.