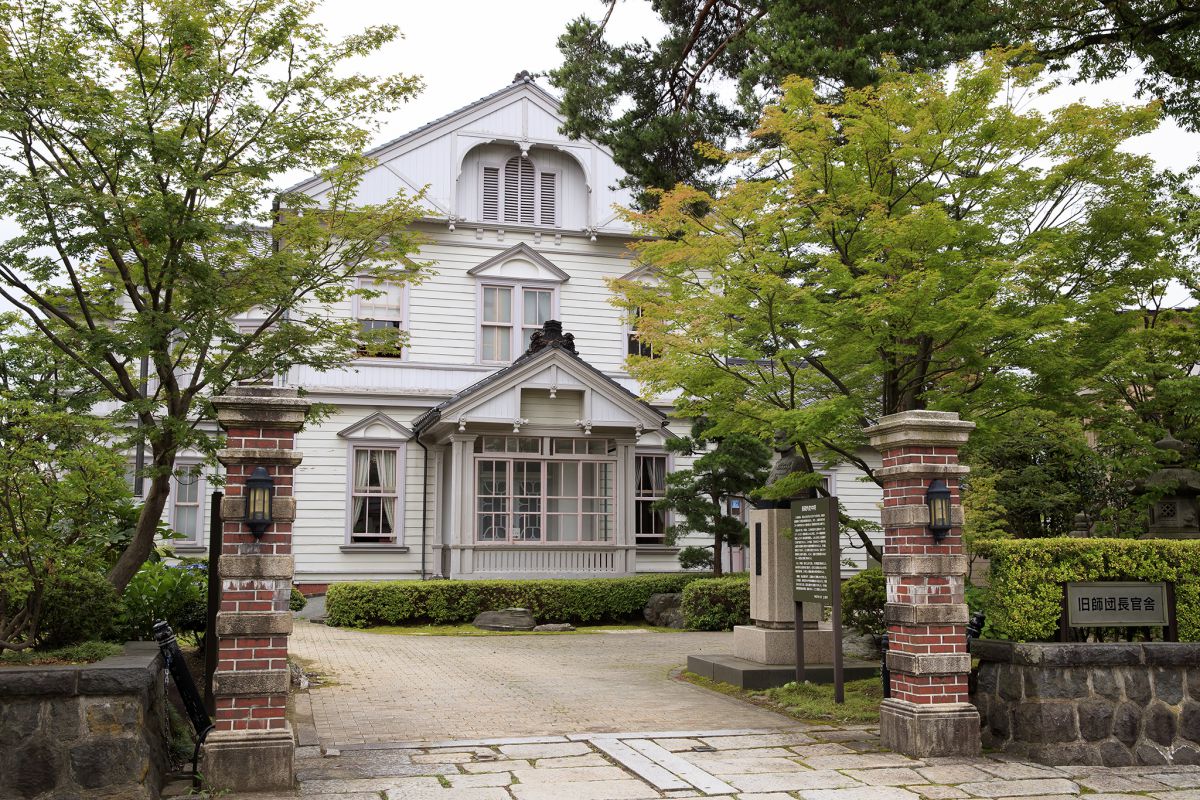 The Former division commander's residence was built in the year of Meiji 43 (1910) by the request of the Former Japanese Army Takada 13th Division Director, Nagaoka Gaishi. It is one of the few western-style wood buildings from the Meiji era that remain intact in Joetsu.
Until 1991, the residence was used as a dormitory for the Self-Defence Force unit in Takada, but based on its value as Meiji era, Western-style architecture, it was moved and reconstructed on its present site.
Based on records of the time, the residence has been restored as closely as possible to its original form, from the construction of the exterior and interior of the building itself, to the interior furnishings and design as well.