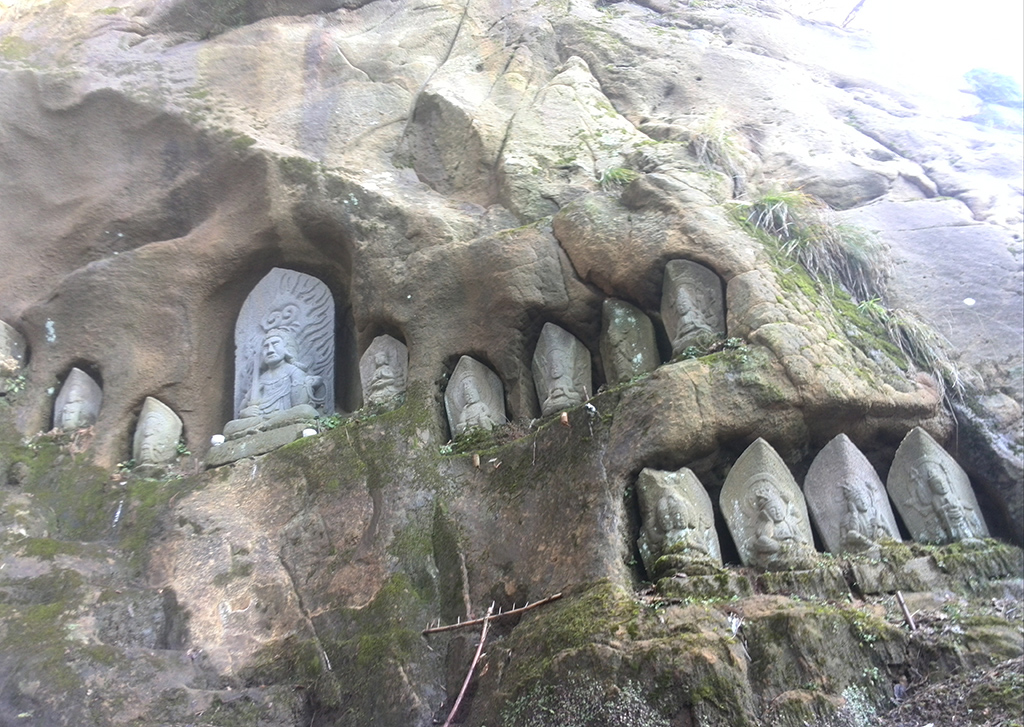 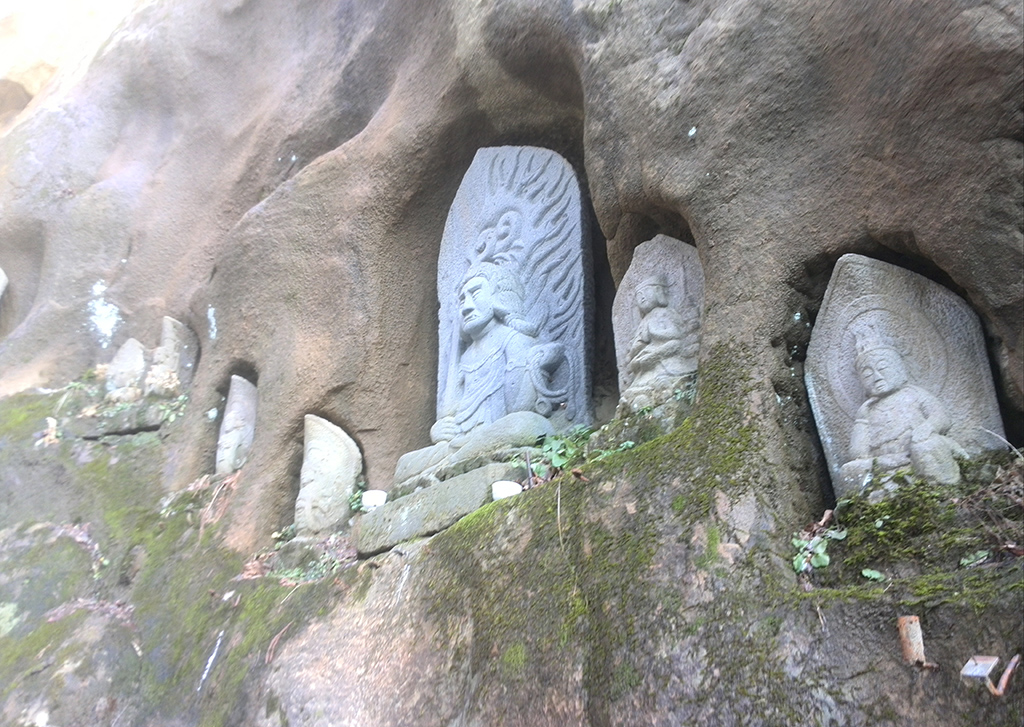 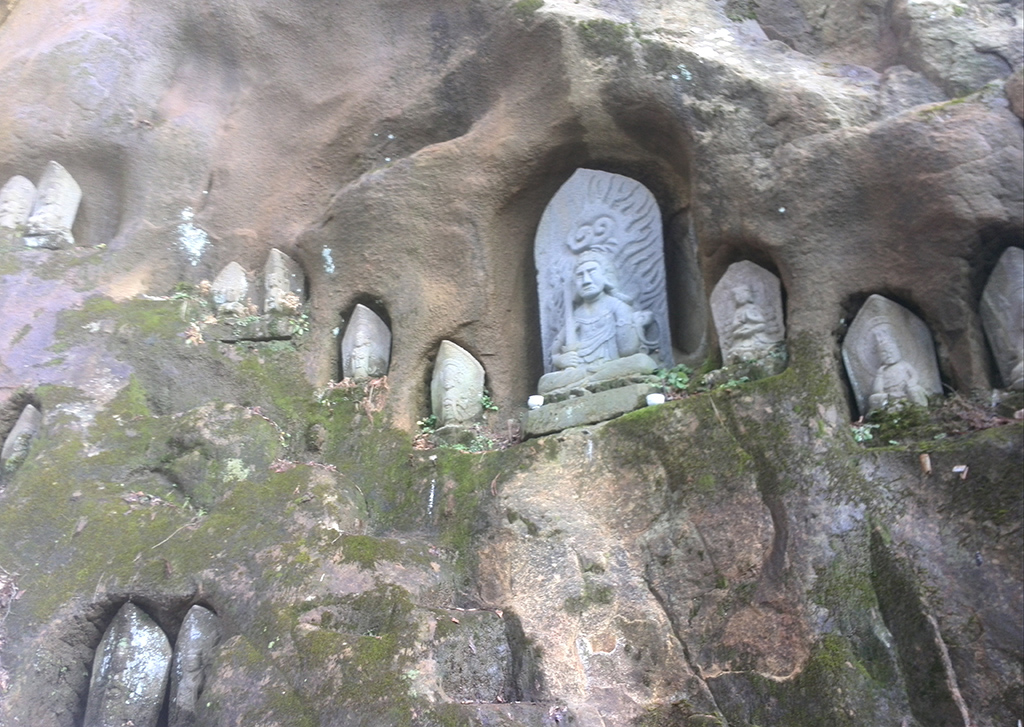 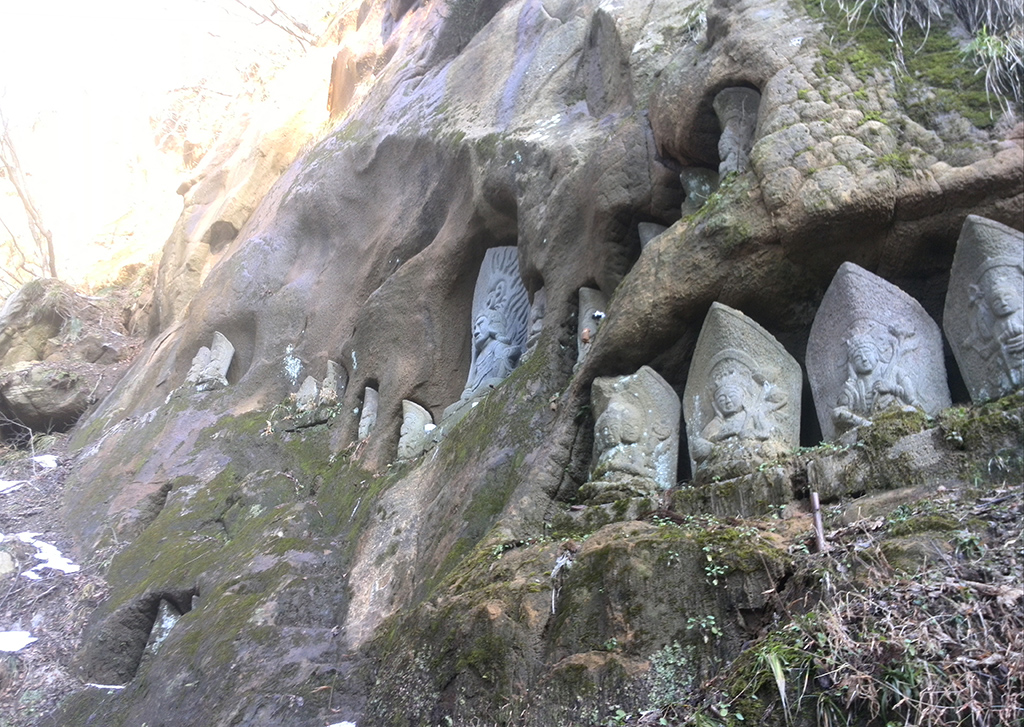 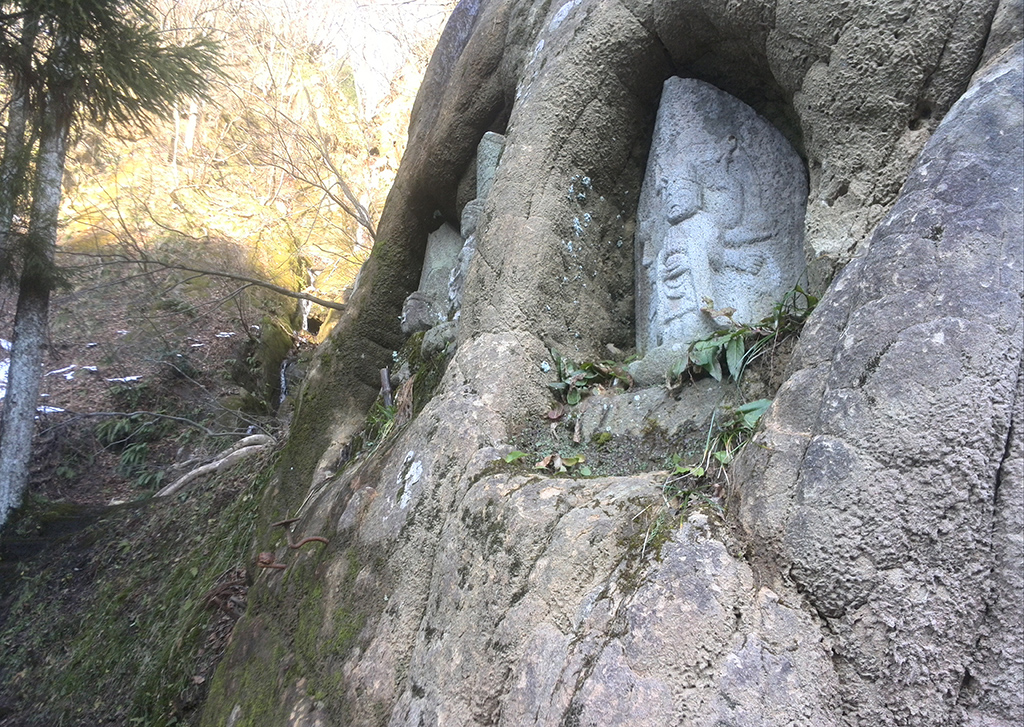 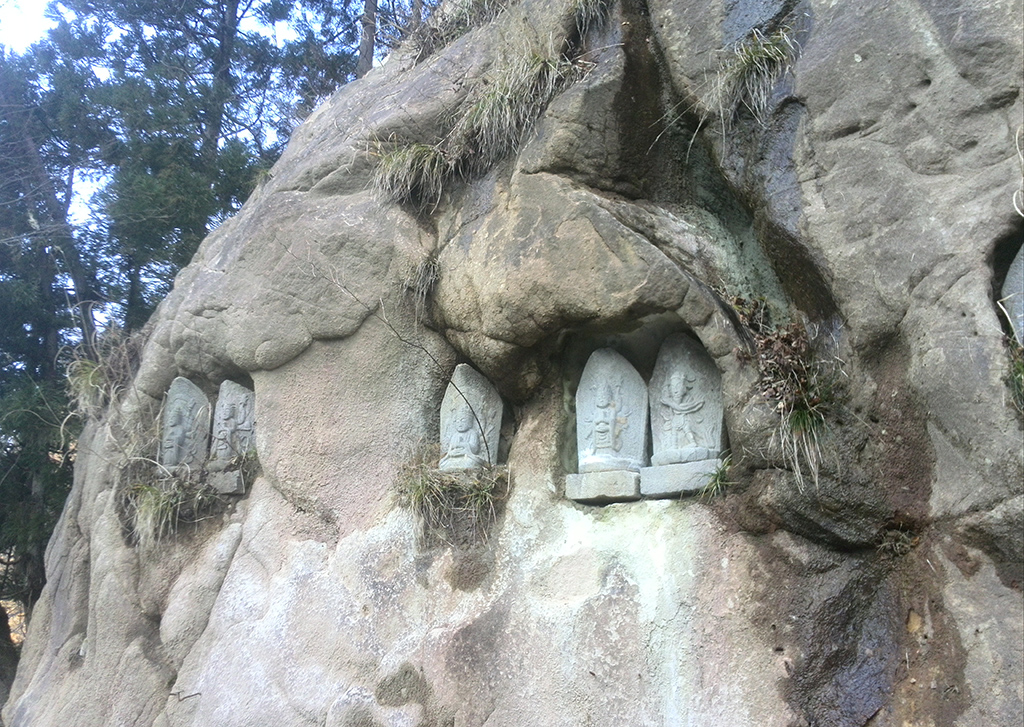 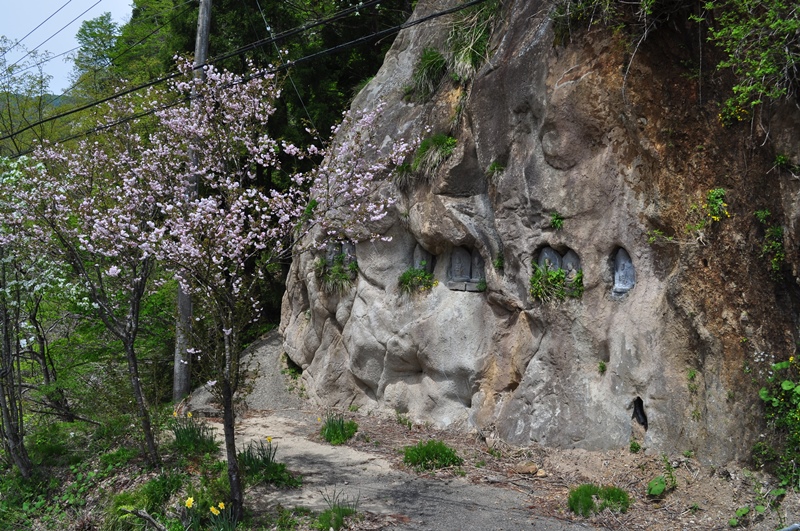 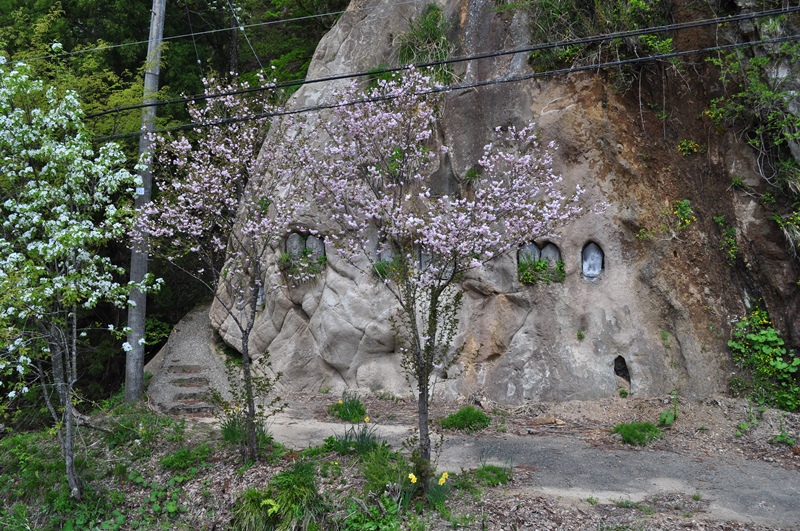 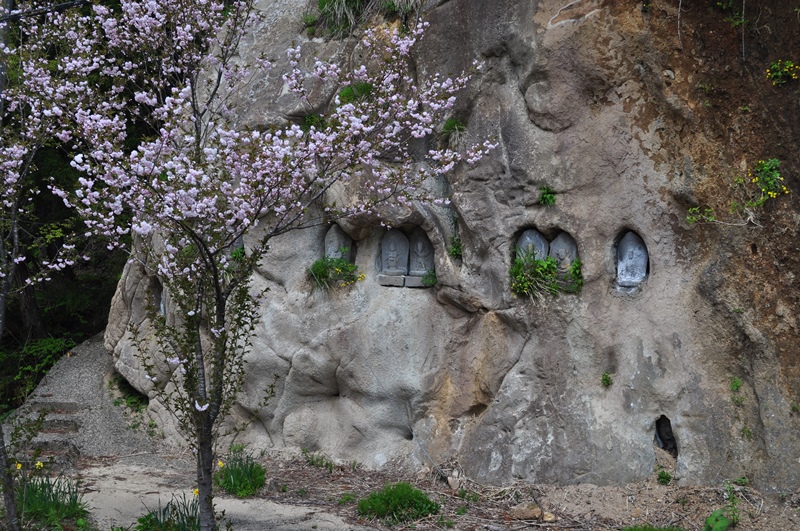 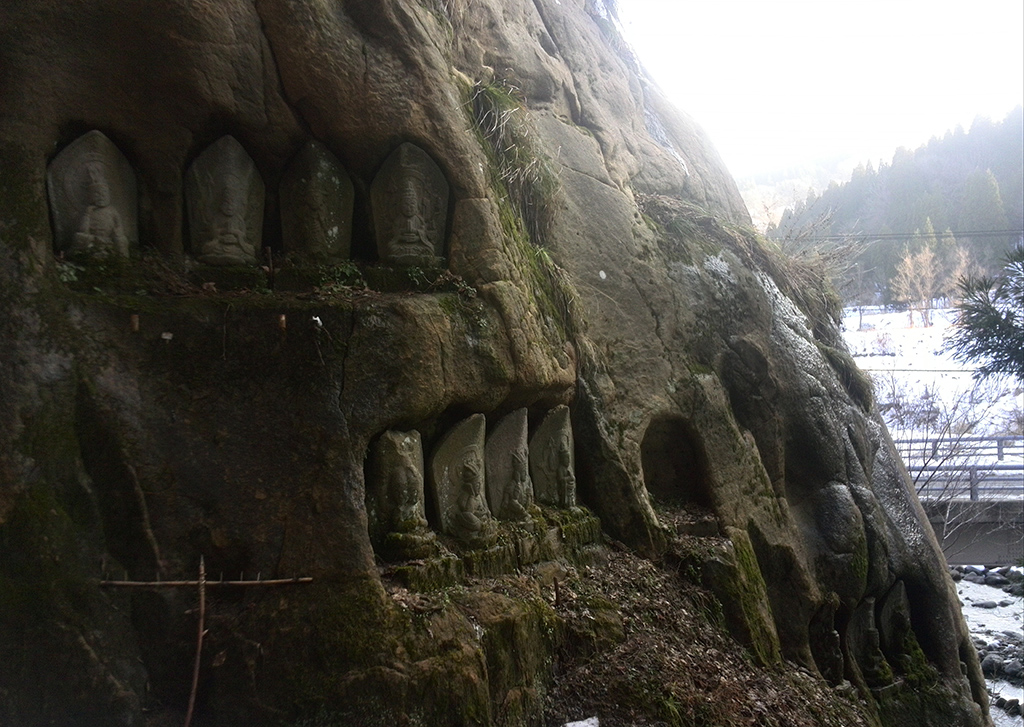 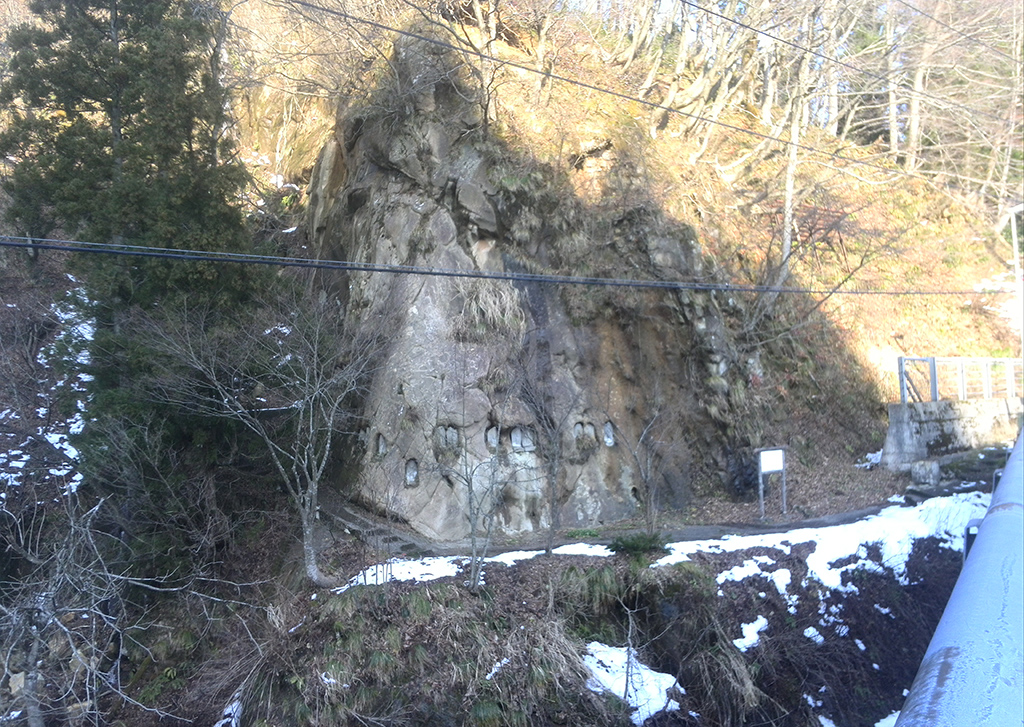 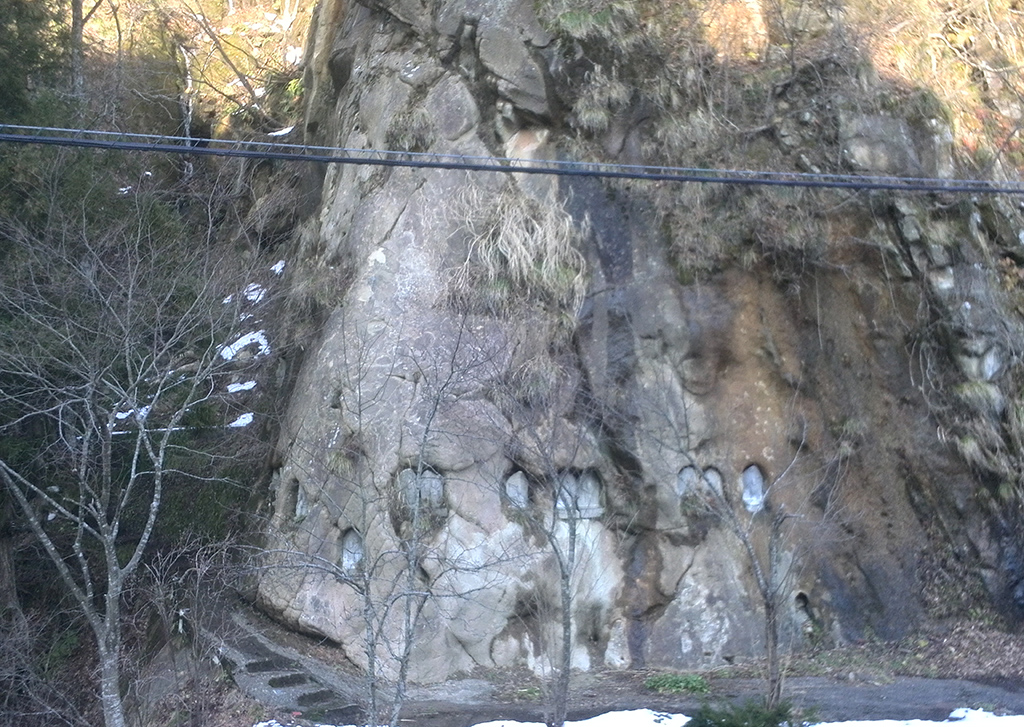 Crossing Iwao Bridge of Joetsu Nadachi-ku, in the lower Seto areas, visitors can see a group of Budda statues called "Kannon of Severe Noses" at the foot of the cliff.
Located at the most difficult point of Nadachi valley, during the Edo era, children and monks were thrown in the river, and they feared that it was the work of the dragon.
After the first statue of Kannon had been made to protect from the works of the dragon during the during the Bunsei year ( 1818 - 1830), another 33 statues of Kannon were made and were moved to the current location.