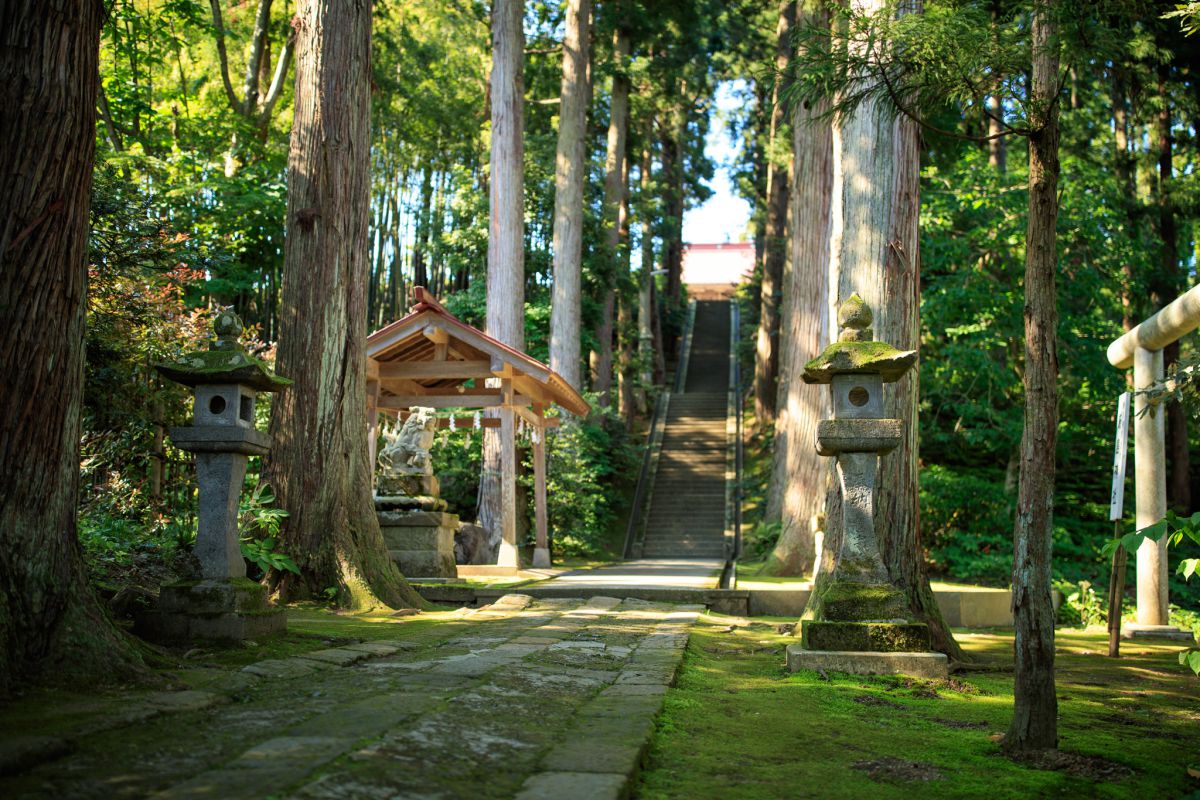 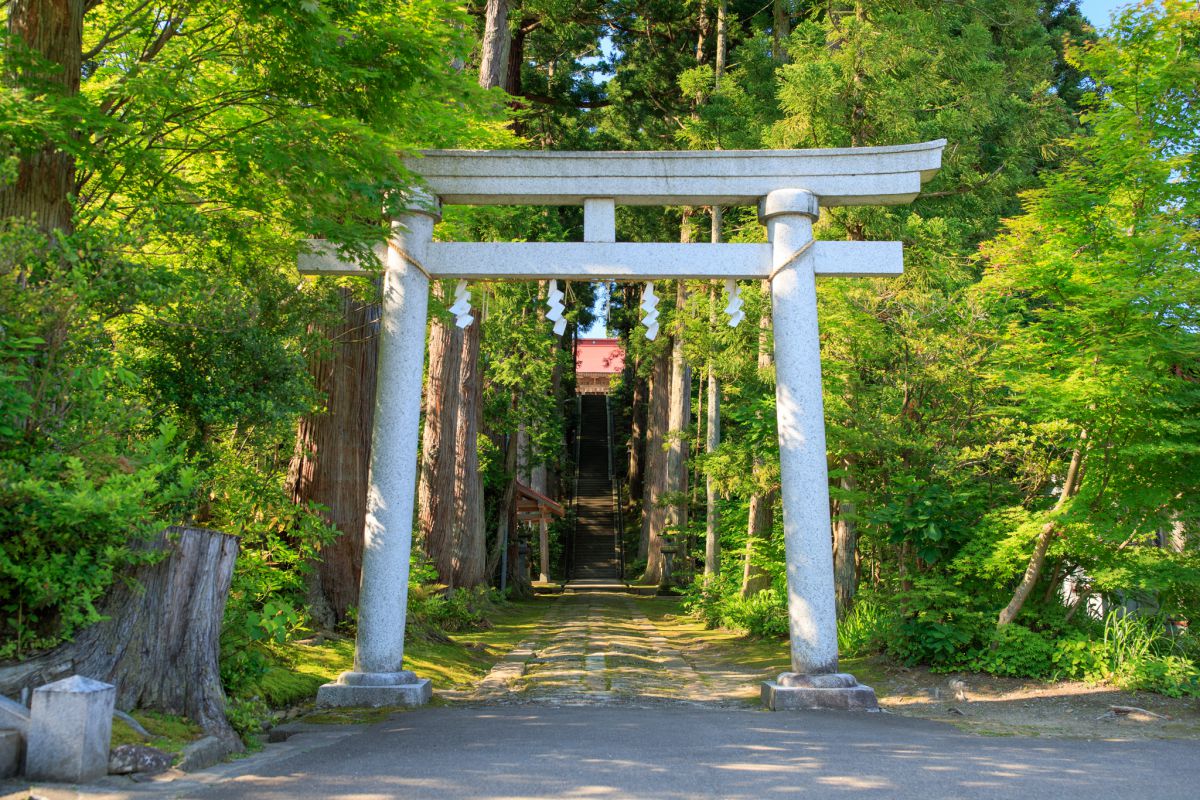 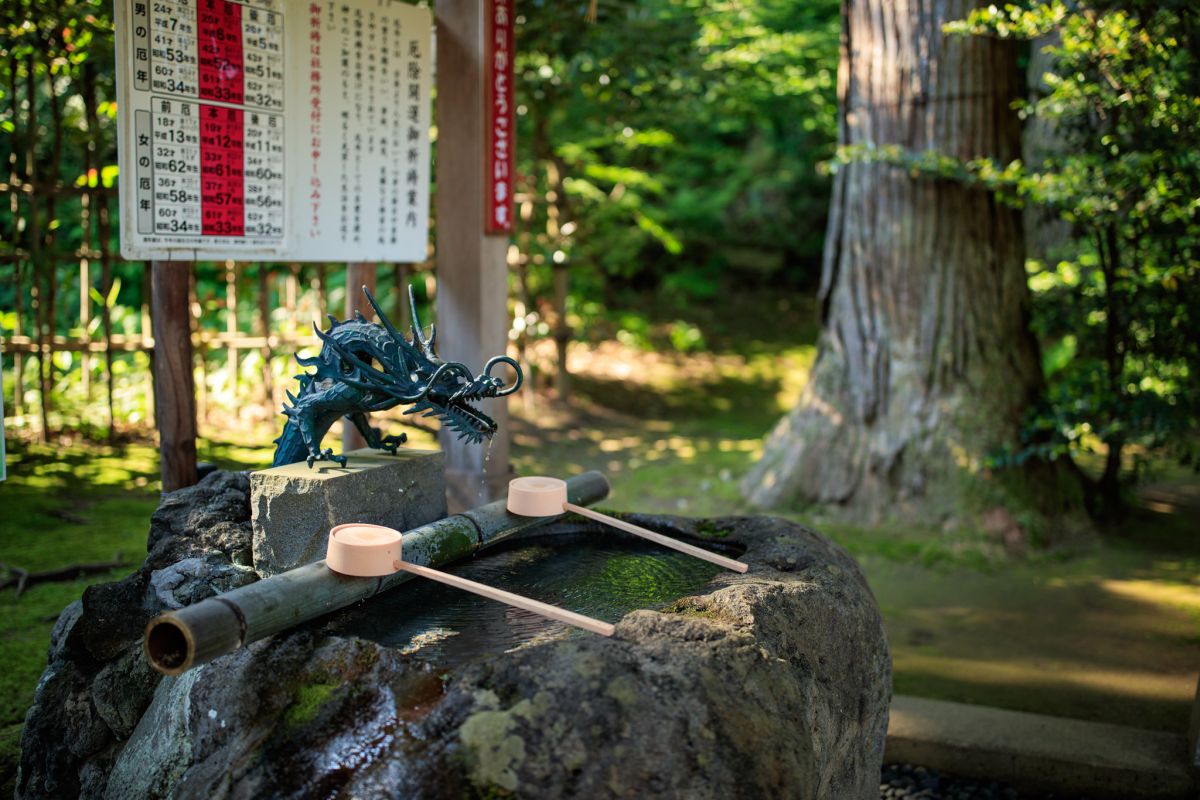 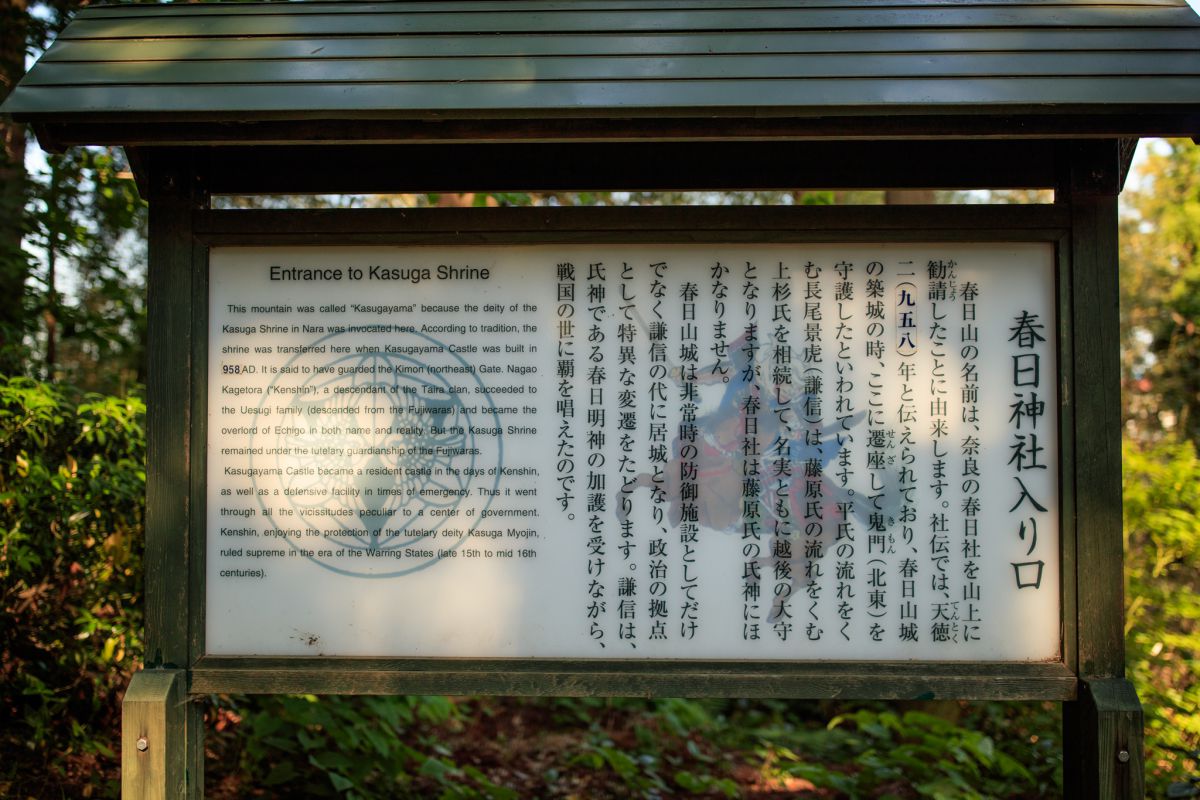 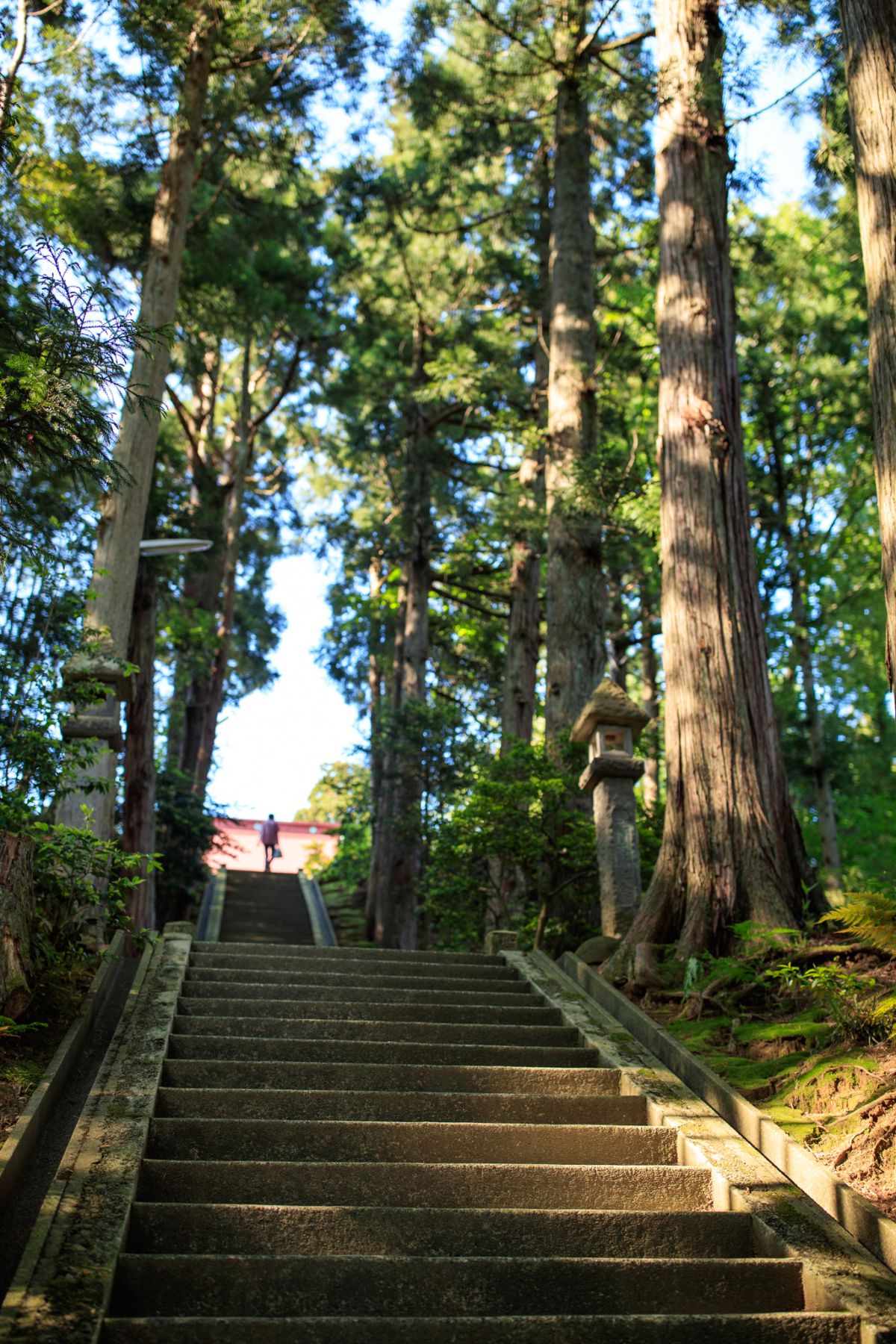 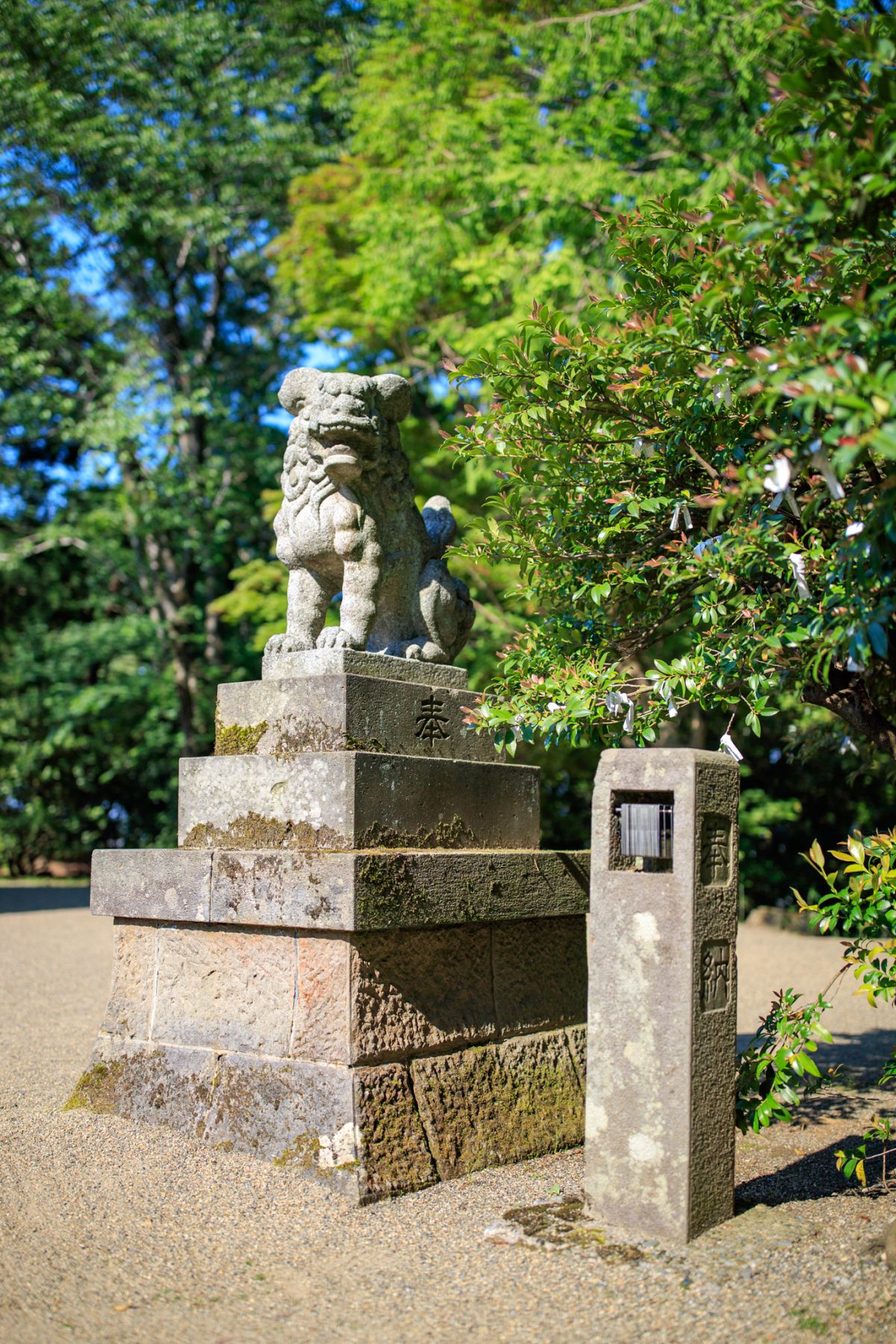 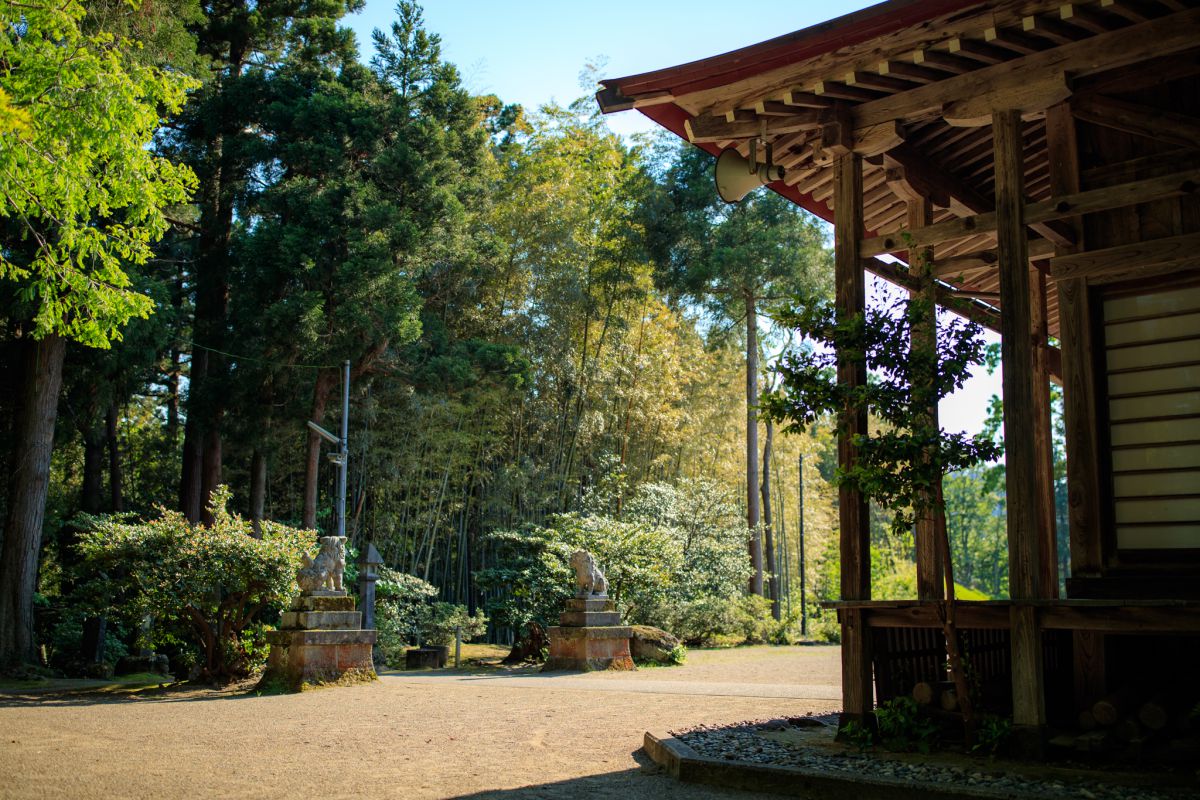 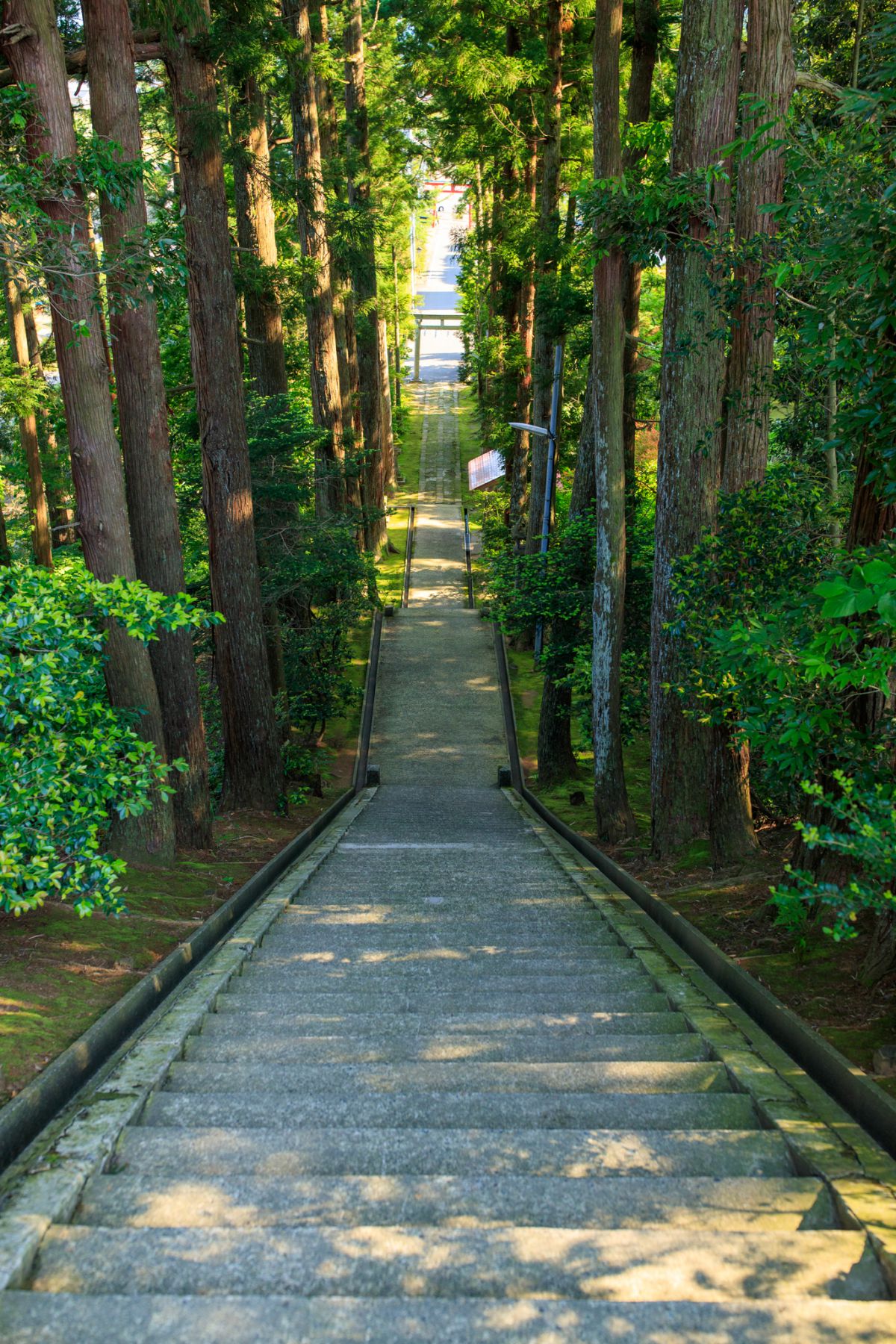 Kasuga Shrine became the source of the name of Kasugayama Castle. For 500 years the shrine was located on the summit of Mt.Kasuga but it has been at its current location for 600 years. The shrine is a branch of the main Kasuga Taisha Shrine in Nara and is the first shrine to appear in records for the whole of Kasuga Shrines throughout the country. People have prayed at the shrine since the days of Uesugi Kenshin and for local people in particular it is the guardian deity of their birthplace .