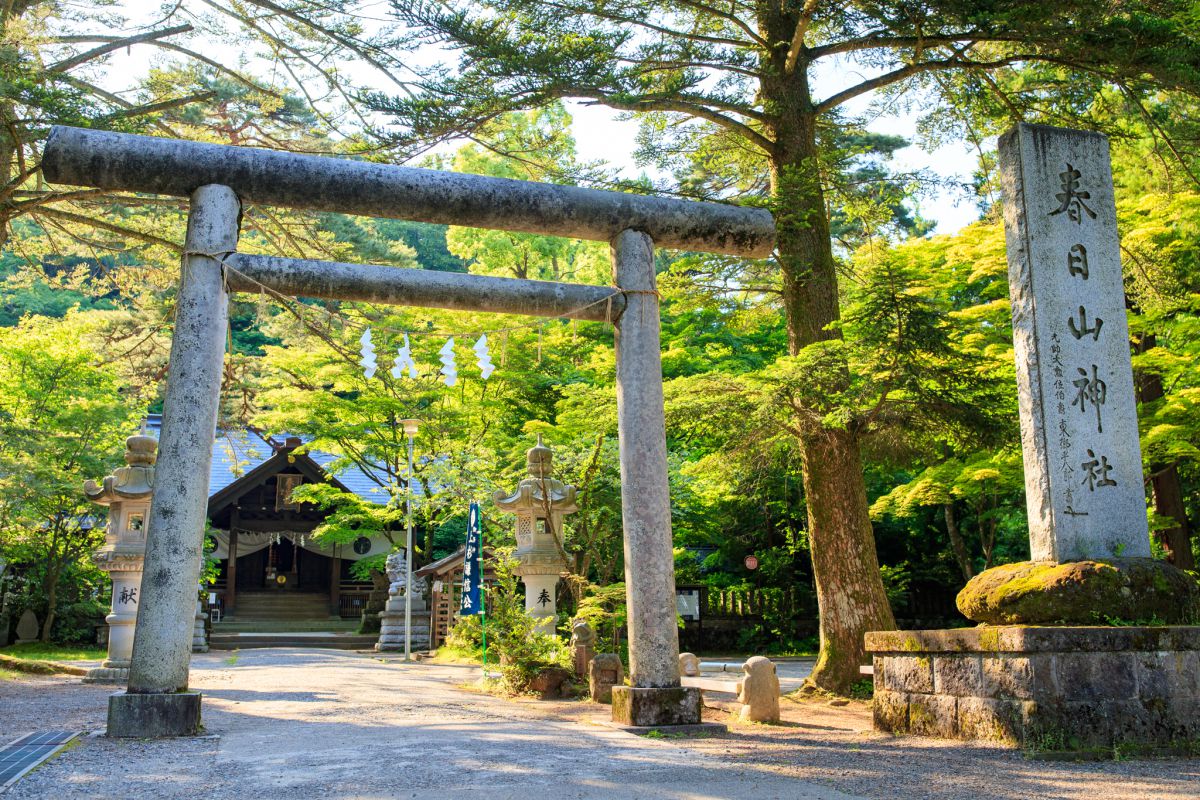 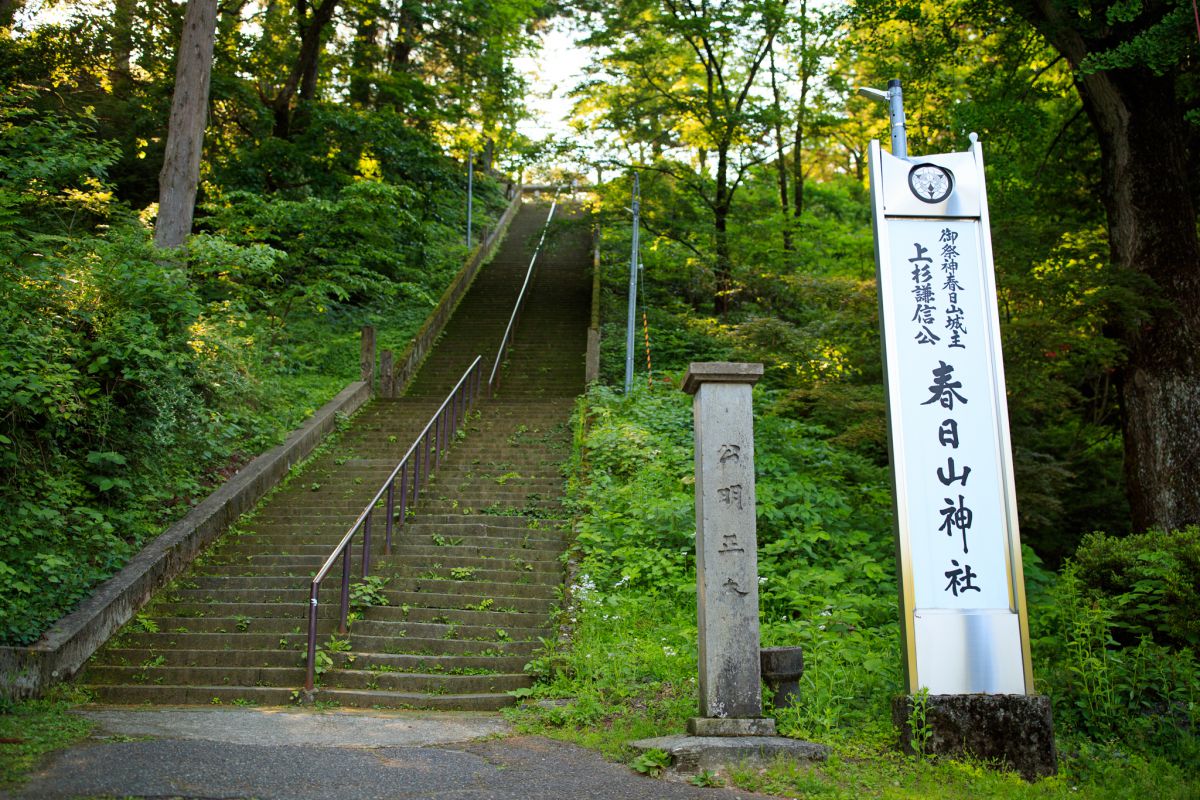 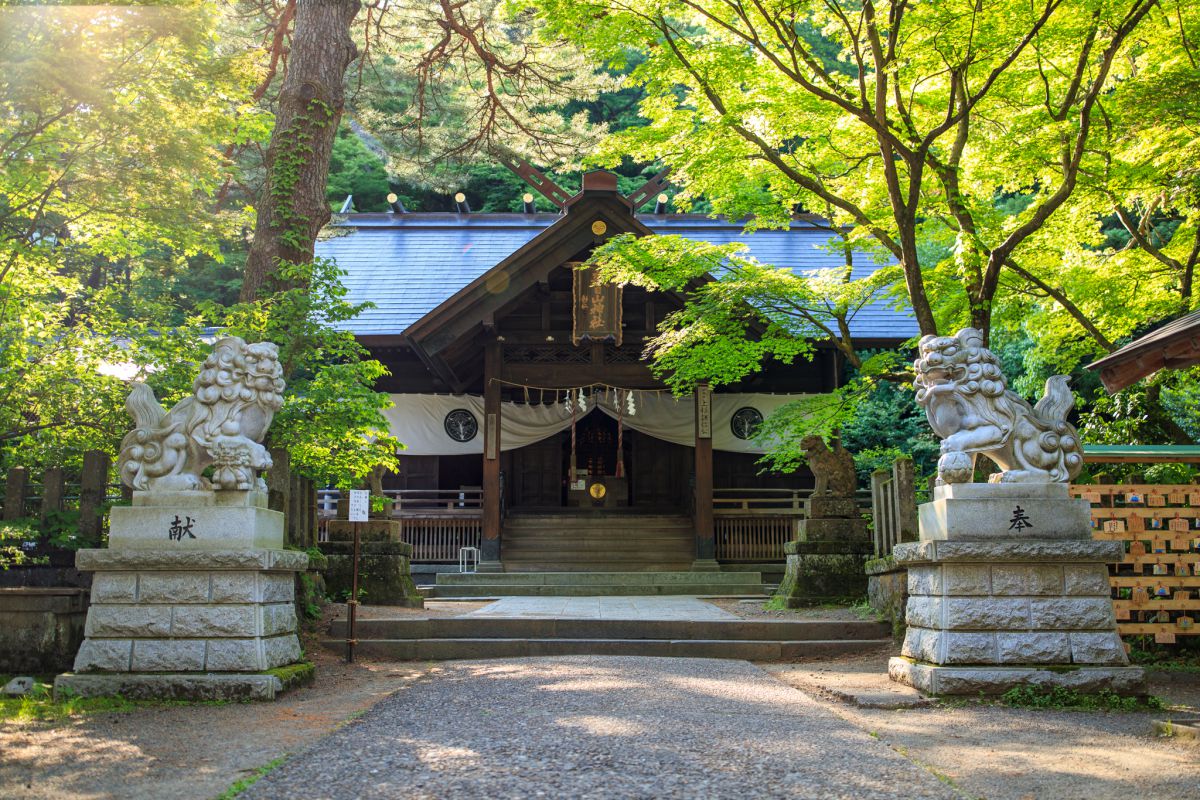 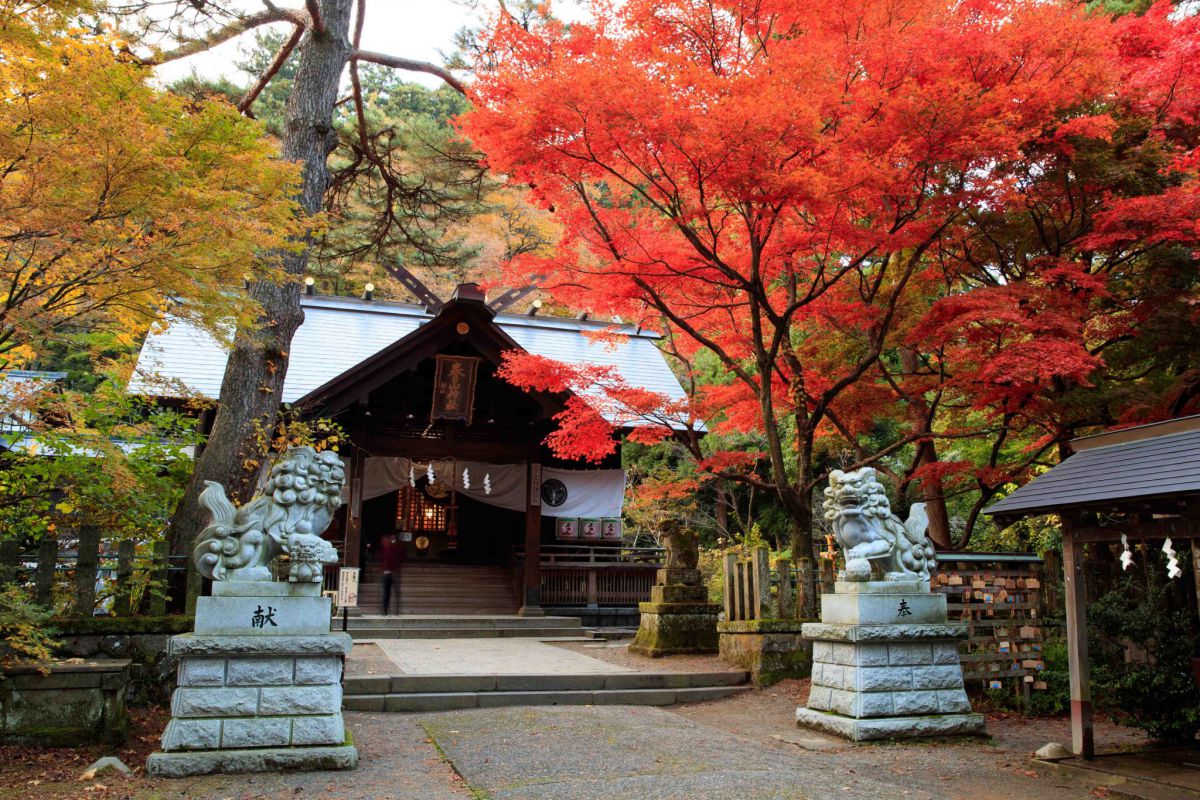 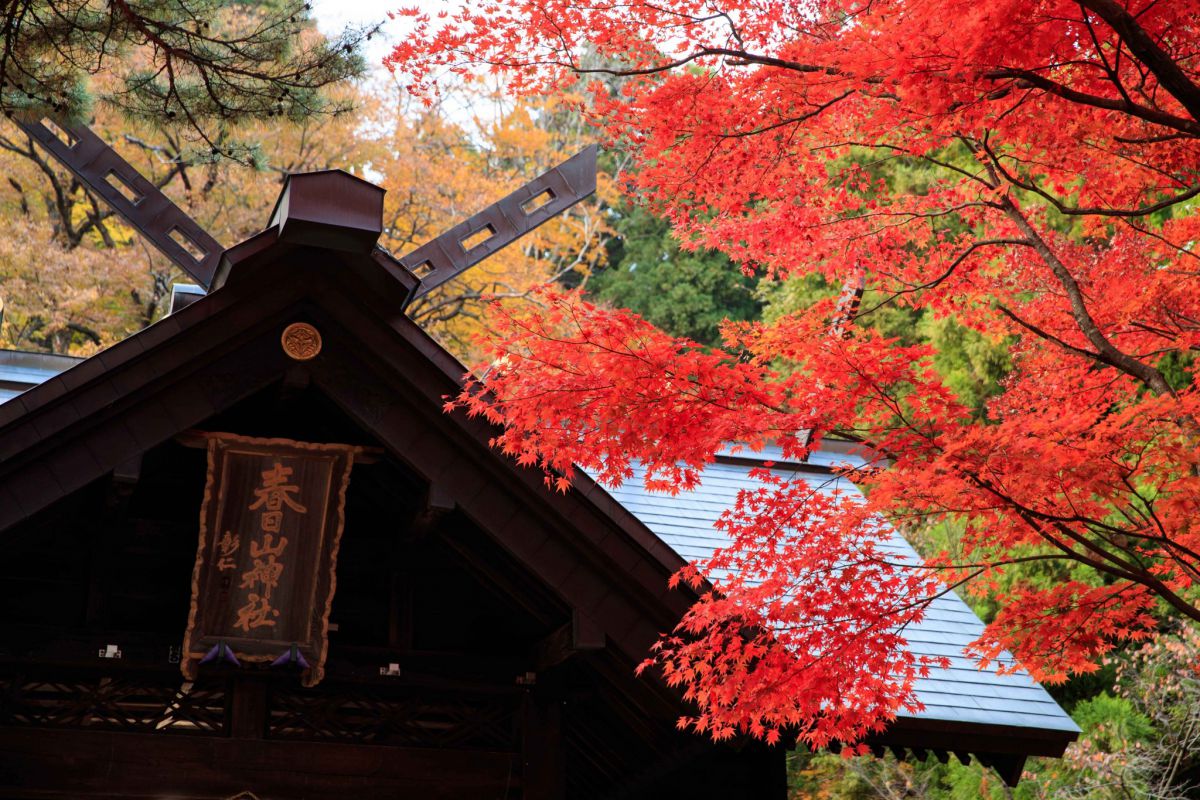 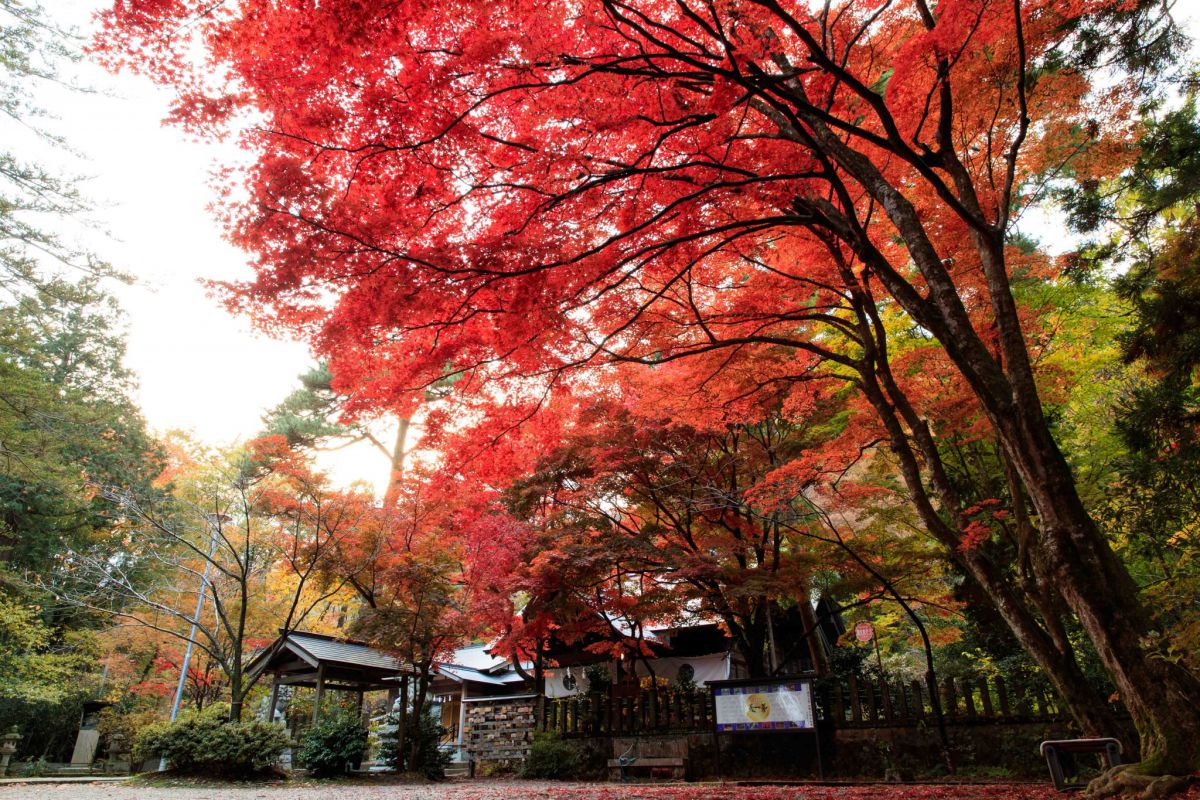 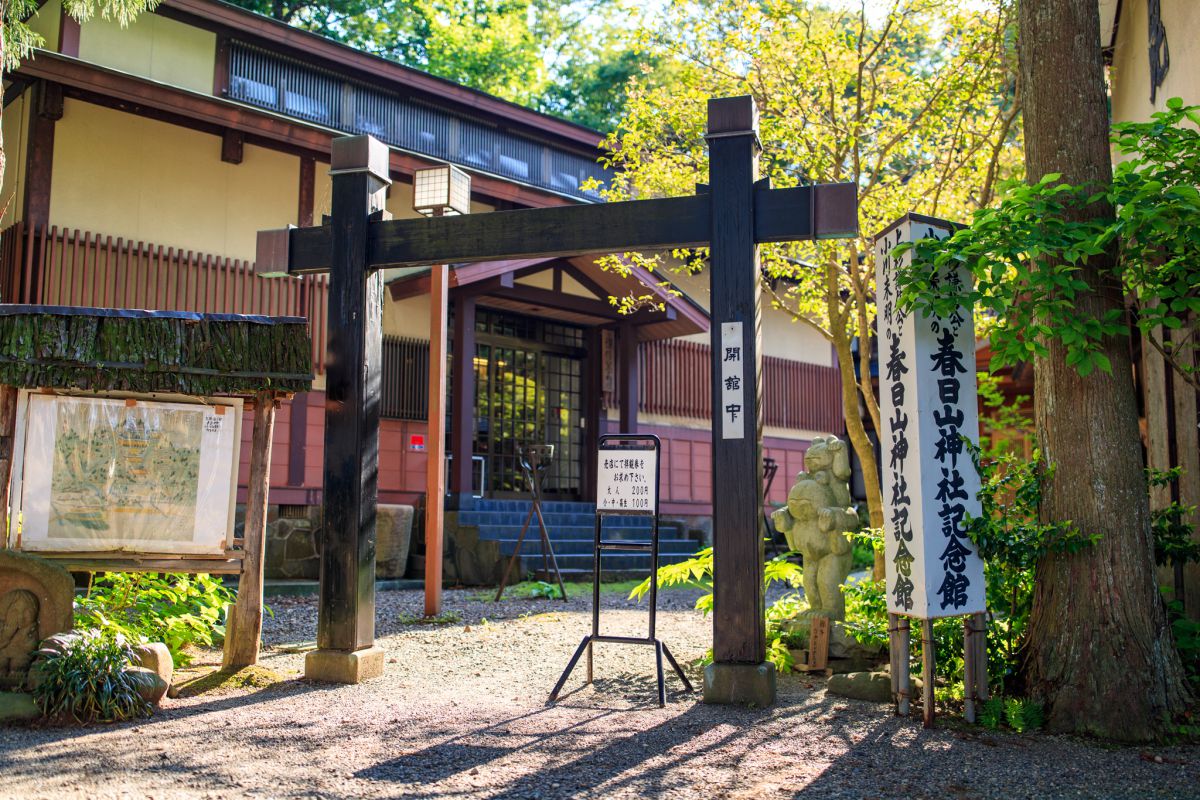 This shrine was originally home to spirits taken from Yonezawa city in Yamagata Prefecture and enshrined here, where Uesugi Kenshin later worshipped.
It was built in 1901 by Meiharu Ogawa, father of children's fairy tale writer Mimei Ogawa.
It is said that the "father of the modern postal system," Maejima Hisoka, also assisted in the construction.
The appearance of the straight and solid lines of the shrine building is spectacular.
In the Memorial Museum adjacent to the grounds, Uesugi Kenshin's old relics, writings and personal items are on display.
Further, visitors can see Ogawa Mimei's poem, "Like Clouds," ("Kumo no Gotoku") carved in stone, as well as several stone statues with a fairytale motif.