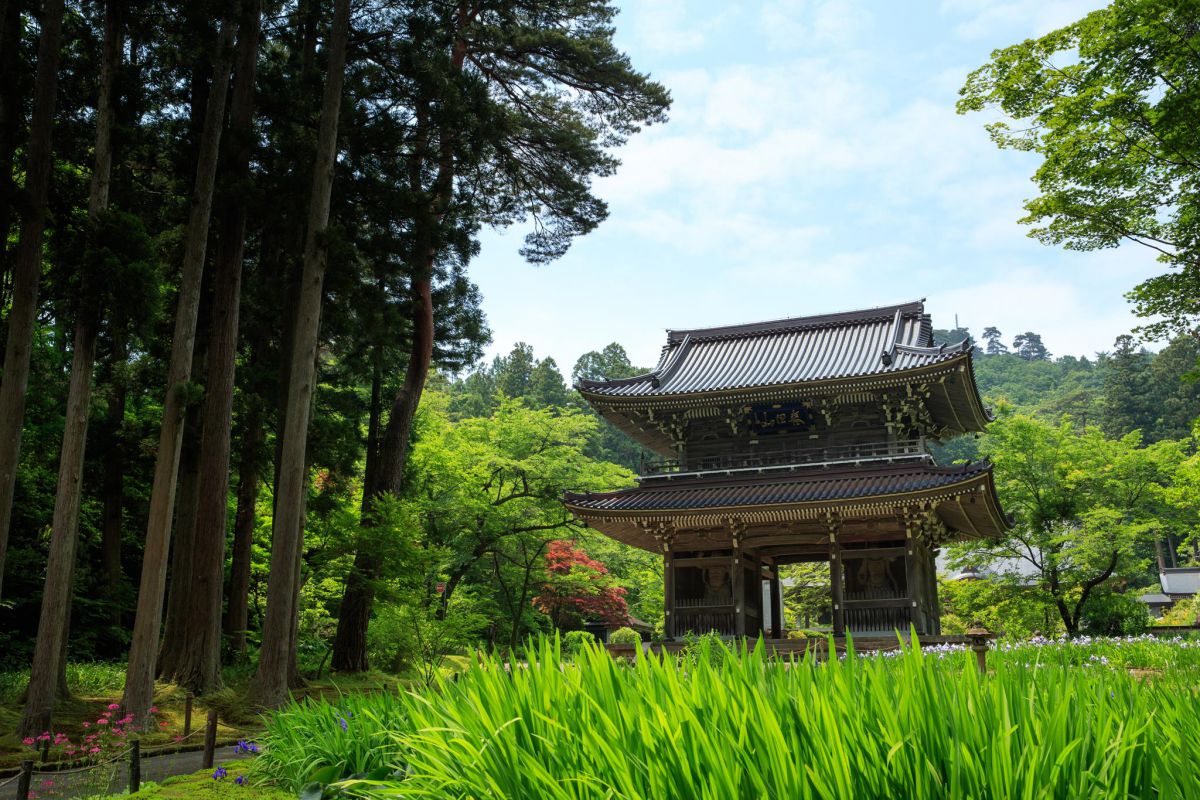 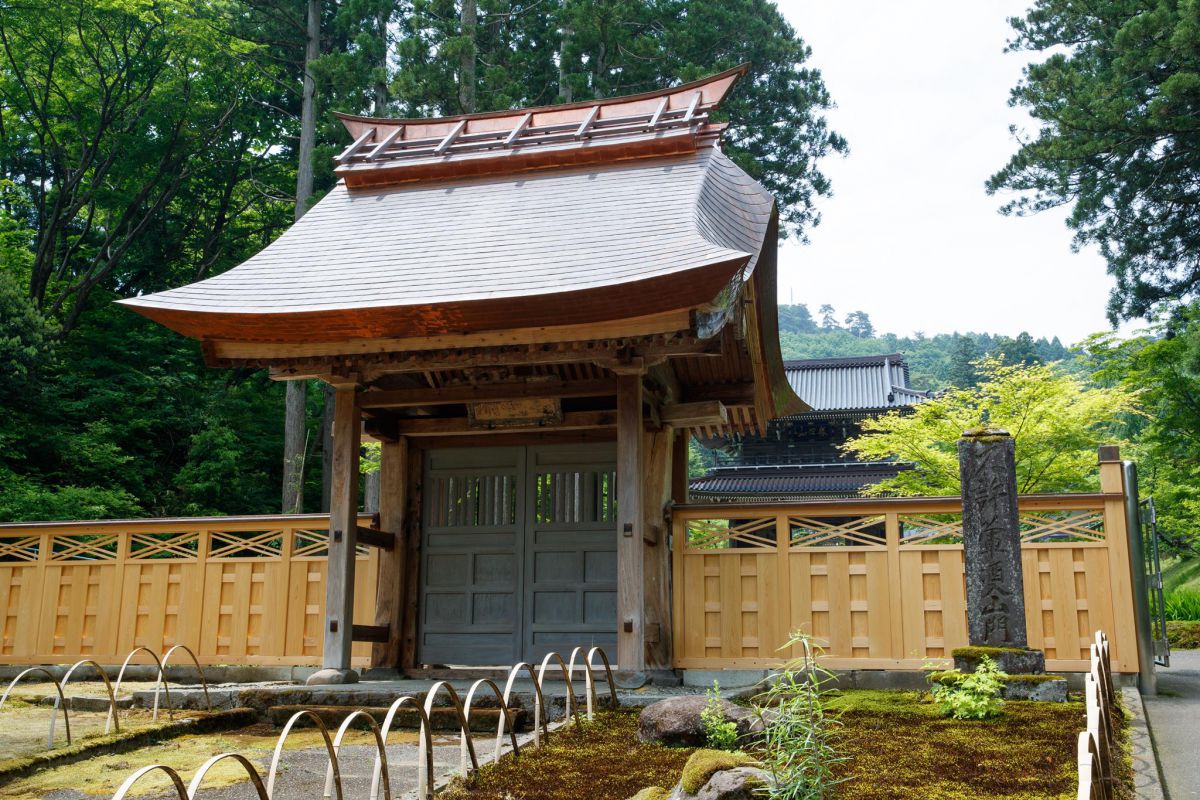 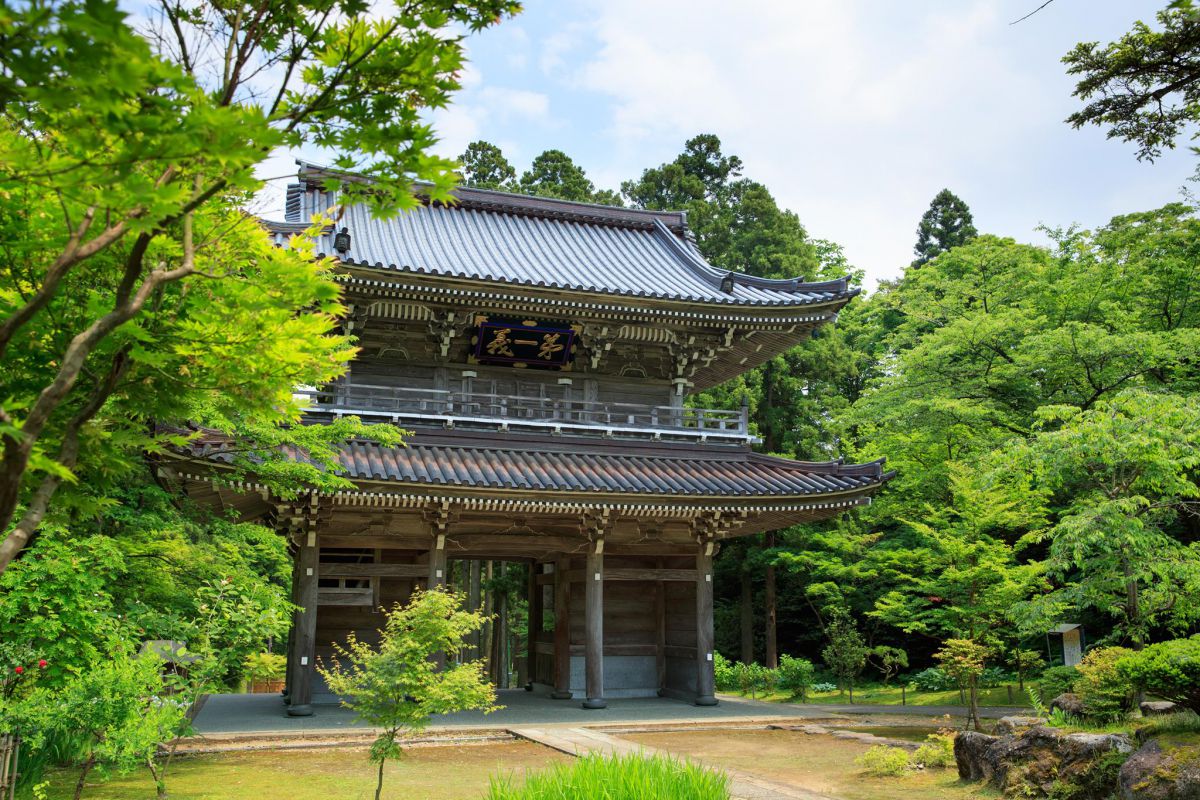 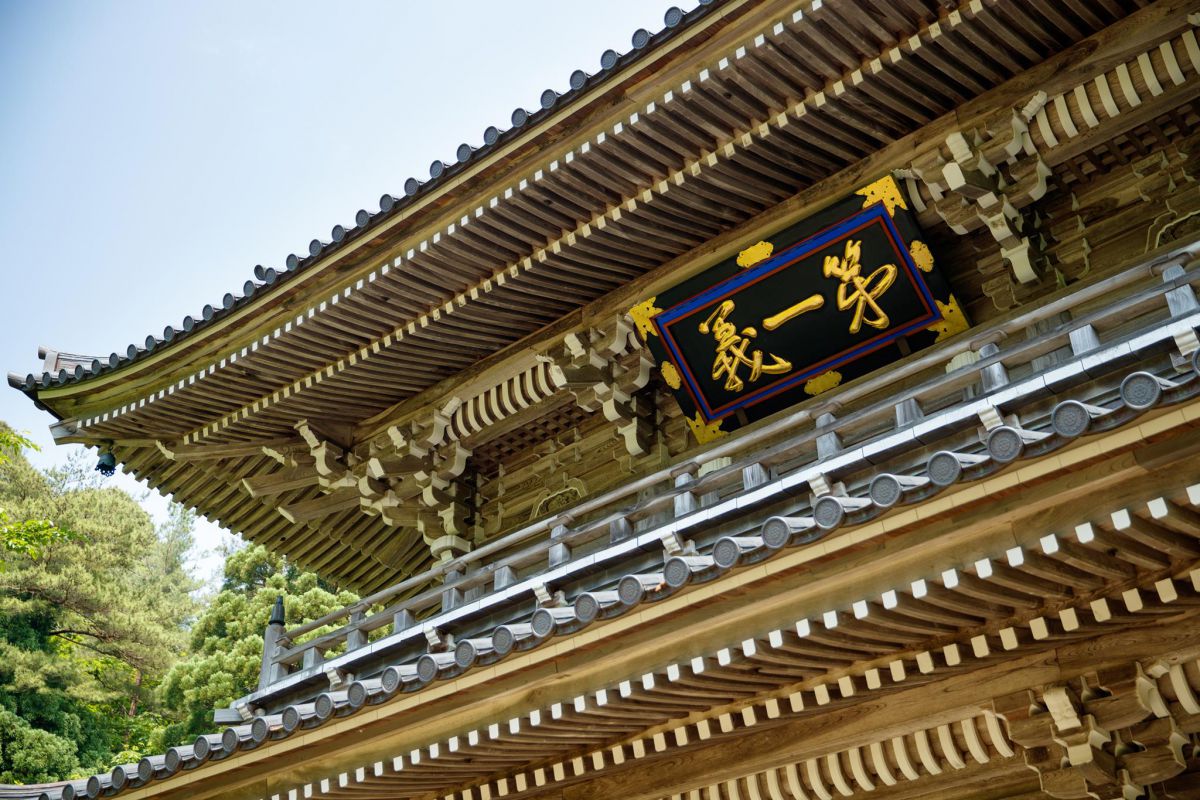 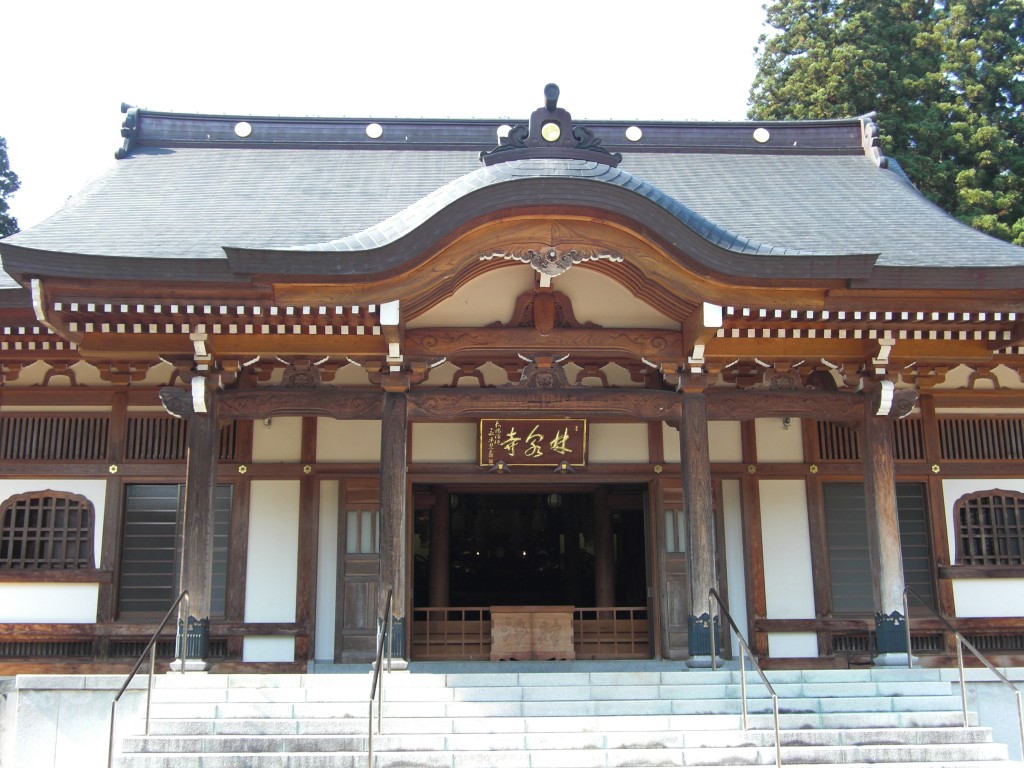 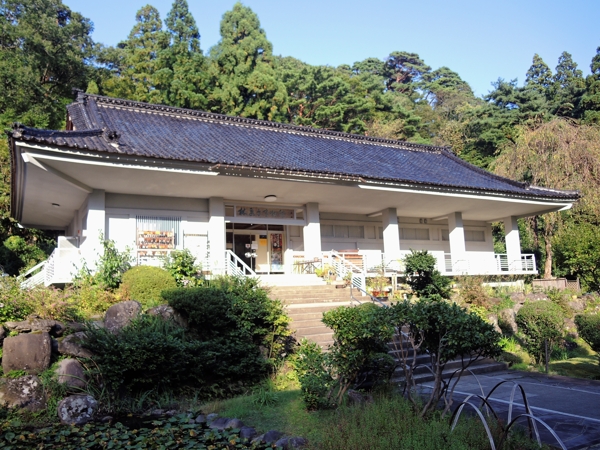 Nagao Tamekage, the grandfather of Uesugi Kenshin, had this temple built in the 6th year of the Meiou Period (1497) to morn for his father Shigekage.
Here, from the age of 7 to when he was 14. Uesugi Kenshin spent his younger years under the strict tutelage of the famous monk Tenshitu Kouiku,
Of the warlords of the Sengoku period, Kenshin is said to have been highly cultured and educated, with deep faith. His character is said to have been moulded during his stay here as a boy.
Hori, who replaced Kenshin, also pursued buddist training here, and later protected Lord Takada.
The gate ("Kaemon") which is a designated cultural asset of the city, is said to have been moved here from Kasugayama Castle. The mountain gate is a masterpiece of the Taisho Era, blending Japanese style design from the Kamakura period with Chinese design.
Also, the plaque hanging here proclaiming "The Foremost Truth" ("Dai-ichi gi") is of Kenshin's own handwriting. (The plaque in view is a copy, while the original is preserved with other treasures elsewhere on the grounds).
In the cemetery, the graves of Uesugi Kenshin and other heroes of the Battle of Kawa Nakajima can be found.