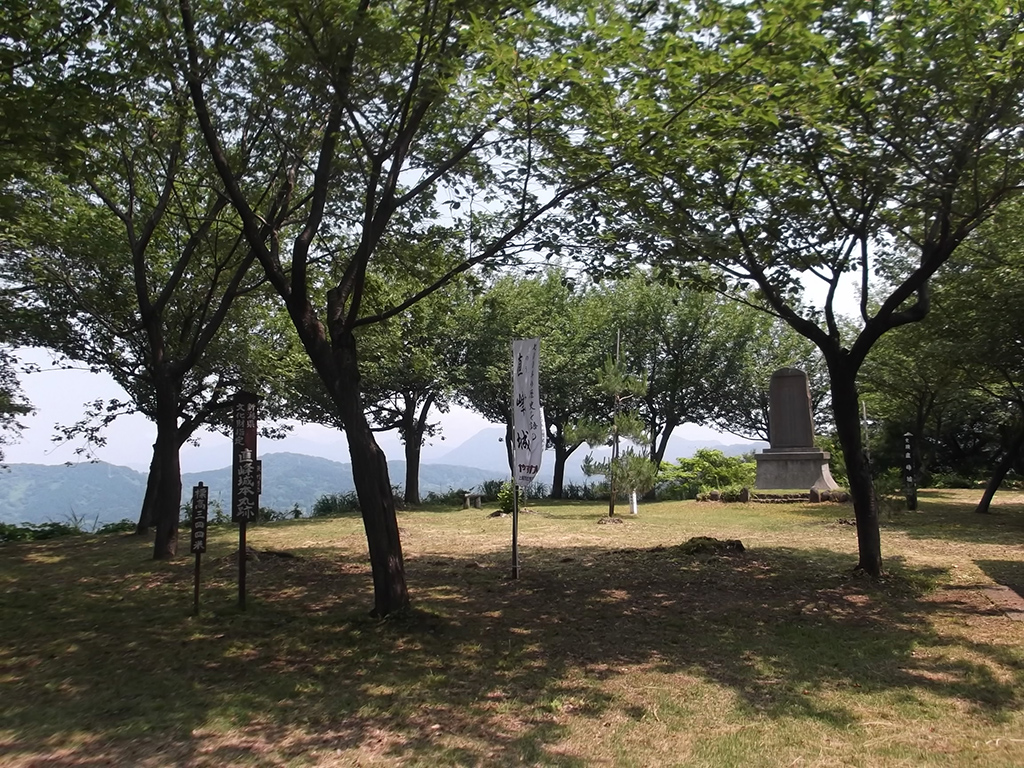 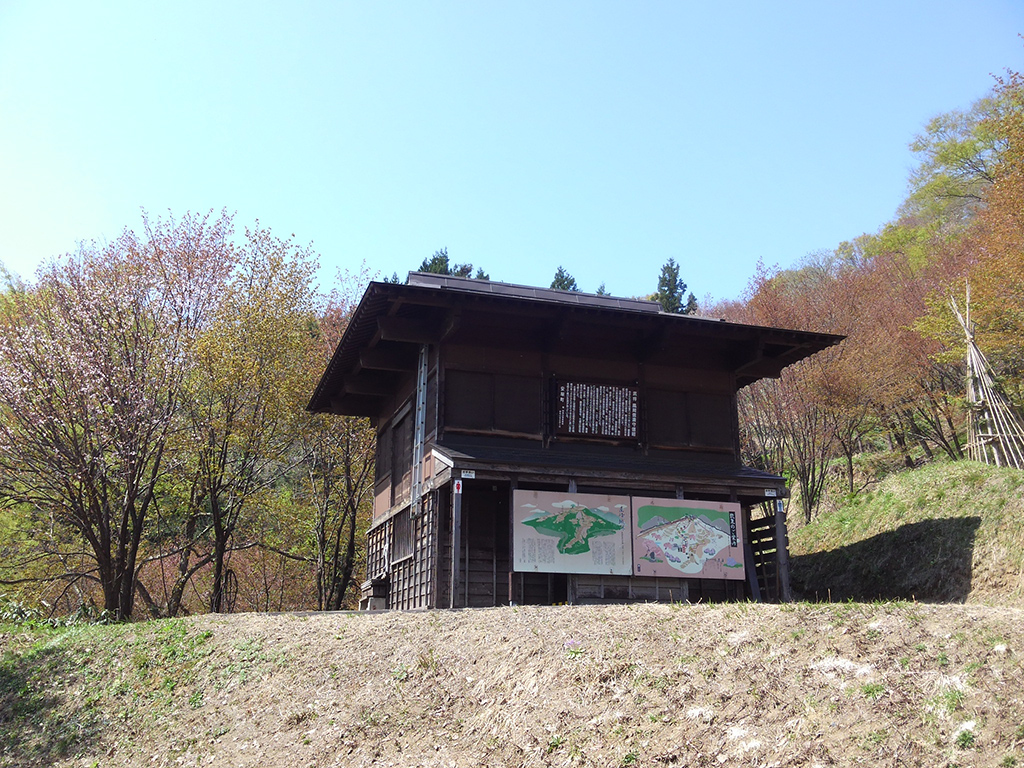 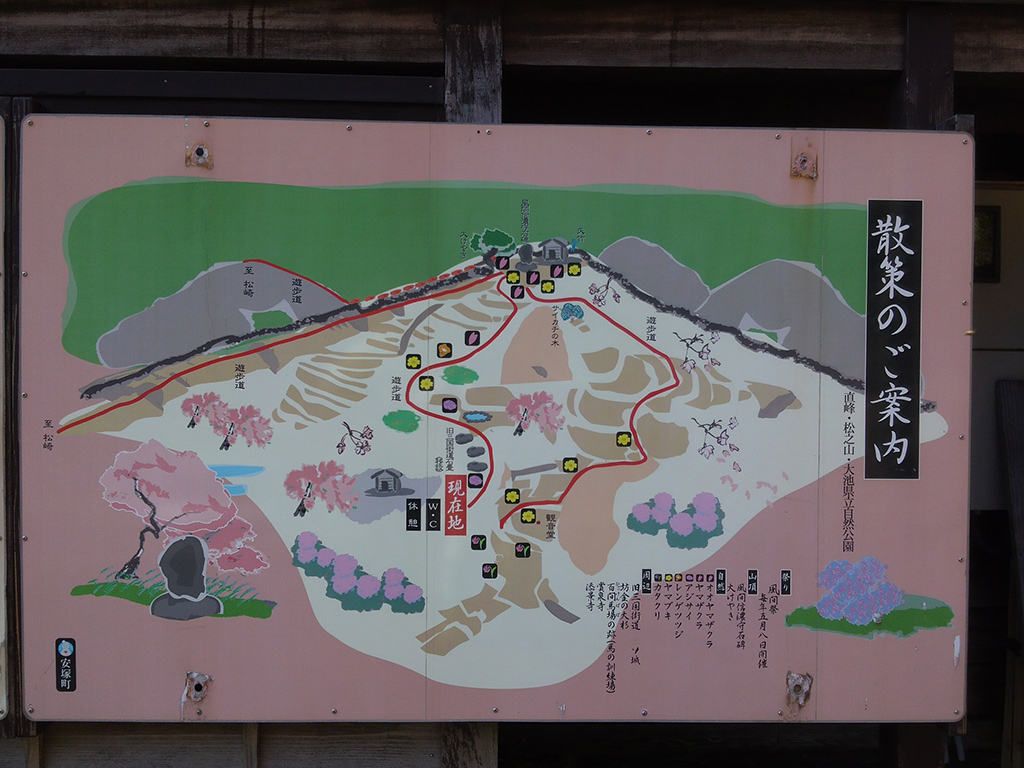 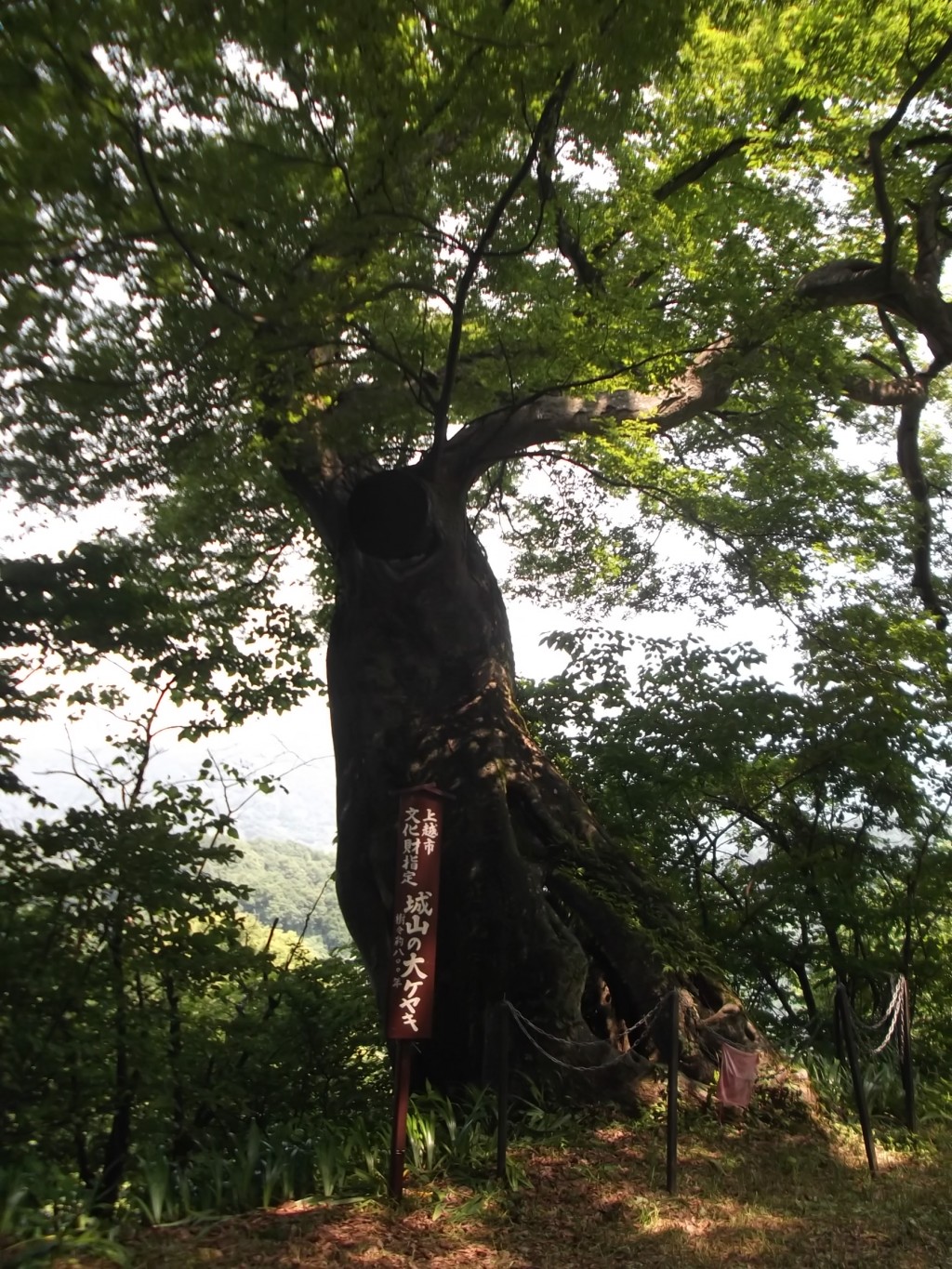 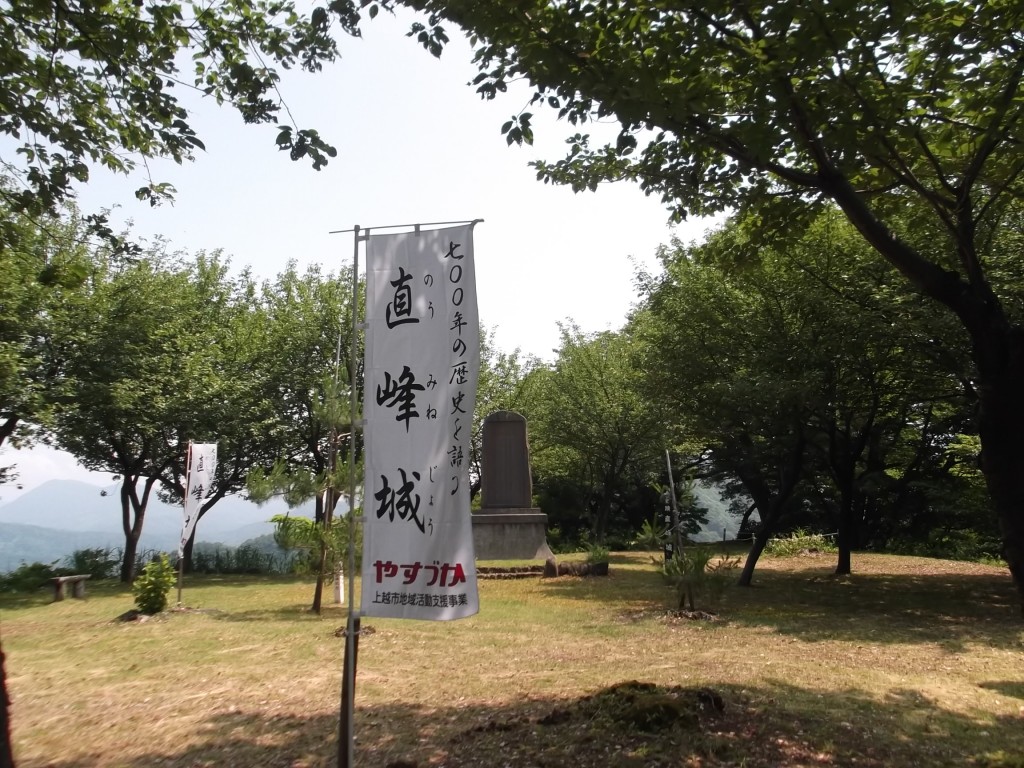 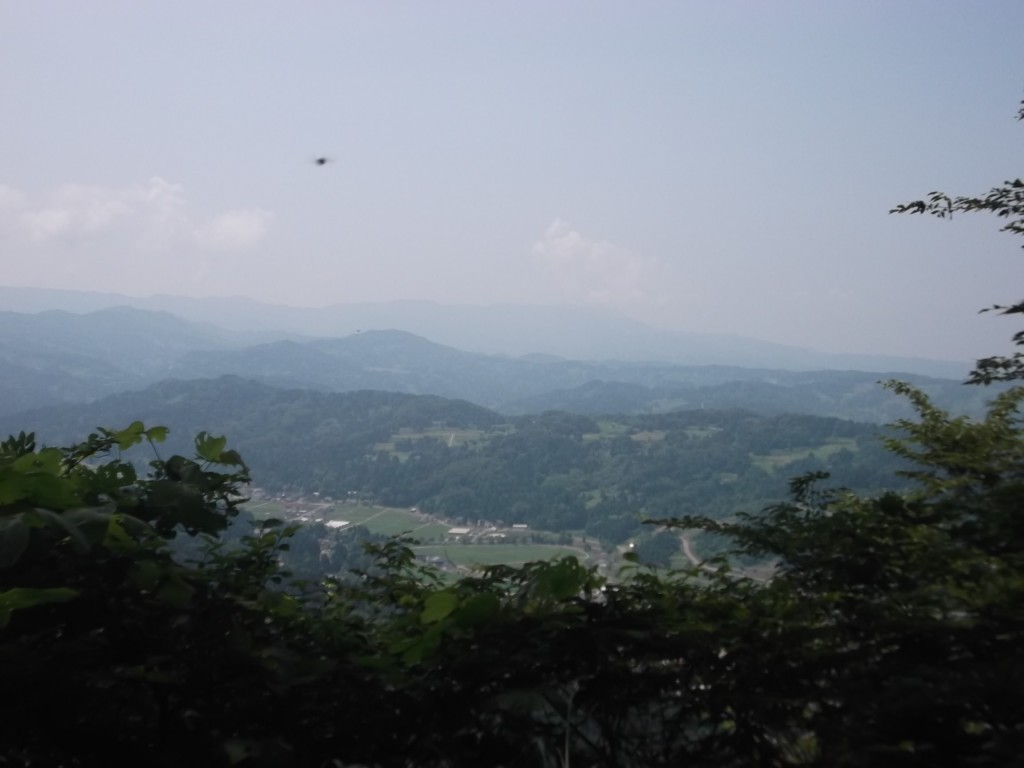 Naumine Castle was a castle of the Nanboku era (1335-1392), and was the home castle of the General Kazama Shinano Nokami Nobuaki.
It is a typical mountain castle of the Middle Ages, with a height of 344 meters, making skillful use of the surrounding topography.
During the Uesugi Kenshin Dynasty, it was an important way station between Kasugayama Castle and the Kanto region. Naoe Kanetsugu's real father, Higuchi Souemon Kanetoyo was master of this castle.
Although the castle was abandoned during the Tokugawa era, the castle remains are still the site of a large empty moats ("kara hori") and defence walls ("kuruwa"), a 2 kilometer cobblestone road (formerly Mikuni Road) and other features remain. The ancient Zelkova tree said to be 800 years old seems to communicate the history of ages.