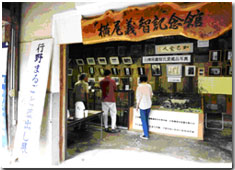 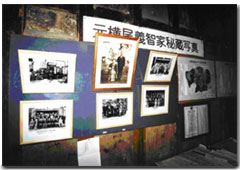 A hall dedicated to Yoshitomo Yoko-o, Japan's only deaf mayor.

Originally hailing from what is now Yasuzuka Ward, Joetsu City, Yoko-o was the popular mayor of what was then Koguro Village for 12 years starting in 1934. The hall was built to highlight Yoko-o's achievments such as his efforts to revitalize the community through his "Gyokatsu Club". The house where he was born is now used as a warehouse and his family genealogy, paintings and other memorabilia is on display here.