the tour of places on Shinran relation

the tour of places on Shinran relation in Joetsu 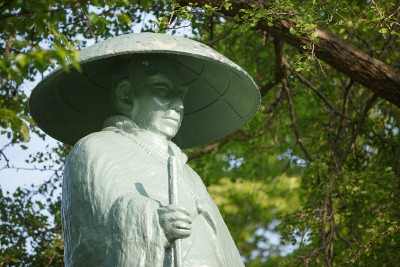 800yeas ago, Saint Shinran who is the founder of Jodo Shinshu was made exile to EchigoKokufu area. He spent for 7years. He married with sister Eshinni and own child. The life in deep snowing area is dark and hard.but this life gave him deeply thought, let's visit the spots of SShinran

Kotagahama (the spot where Shinran Shonin the saint landed)10min. to stay

the hill in Naoetsu where the sea breeeze came from Japan sea. The landing place of Sshinran places the hill and it comes the park. There is a statue and stone tablet in this park. 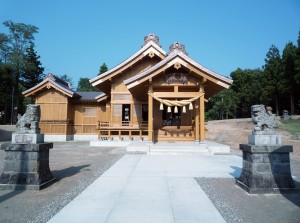 Idajinnja shrine is said to be the shrine where Saint Shinran went and worship first.Saint Shinran prayed that Buddhist invocation becames popular, and be remitted early. Go through the torii gate and go up the stone steps, there is a small statue of Saint Shinran and small yashiro-very small another shrine for praying also much half leave's reed 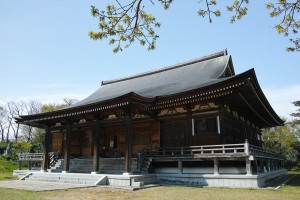 S.Shinran stayed at the Gochi Kokubunji temple for a year. The temple gate which is the designated cultural property in the city.and placed statue of Niozo,after through the gate there is new main hondo building, there is three storied pagoda on the left, the oldest house,Kyouzo on the left.

about 0 minutes on foot 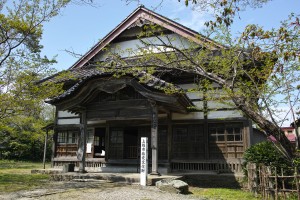 the shed of Takenouchi Soan was said that S.Shinran lived there and it circled by bamboo forest and there is a small sitting statue of S.Shinran.

there is a very tall Gingko nut tree in front of Kakegamae Soan house. And main building built in 1805 and the leaf of kitchen behind the gingko nut tree. 600 yeas later another new main hall was built,and its name changed Kokufu betsuin. Also 3 statues placed on your left.

about 20 minutes by car

The old temple Jokouji which was founded by S.Shinran. This temple moved from mutsu to Joetsu by UesugiKenshin, The main hall is the important cultural property and the temple is the biggest and the oledst in Niigata.

Shinran's wife Ekei spent the sunset at Itakura in Joetsu and died 87 years old. Herlife had a lot of hardships which take child's charge in the famine. The Eshinni bunsho which is the diary written by Eshinni is valuable as a female note in Kamakura era.